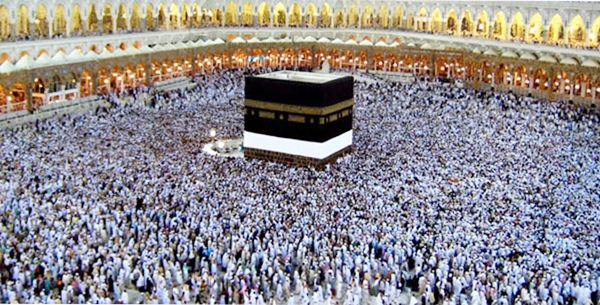 Hundreds of Iranian pilgrims were killed last year in a deadly crush in Mina, Saudi Arabia, during the Hajj pilgrimage. Earlier, two Iranian teenagers were harassed in Jeddah Airport. After the recent severance of ties between Tehran and Riyadh, Saudi authorities are now refusing to co-operate with Iran and even setting conditions for Iranian pilgrims who want to go on Hajj pilgrimage this year. Alef news website discusses the question of whether it is in the interest of Iranian nationals to go on the pilgrimage despite all the troubles caused by the Saudi government.

An Iranian delegation led by Saeid Ohadi, the head of Iran’s Hajj and Pilgrimage Organisation, visited Saudi Arabia on April 12 to hold talks with the Arab country’s officials and prepare the grounds for Iranian people’s major pilgrimage during this year’s Hajj.

Based on routine procedure, the two countries should have made the required arrangements for the current year’s Hajj pilgrimage at least two months ago, but the meetings were held this month after a delay of almost 60 days, due to deteriorated ties between Tehran and Riyadh.

Speaking on Monday, April 18, about the results of his five-day negotiations with the Saudi Hajj ministry, Ohadi said that both sides raised their concerns during the several meetings held.

“Our emphasis was more on ensuring the security of Iranian pilgrims, given the incidents that took place last year [including the deadly Mina crush],” he said at the time.

He further noted that the visa problem persisted. “Saudi Arabia has yet to propose a specific solution to the issuance of visas [for Iranians] … Iran wants [pilgrims] to obtain visas inside their own country,” Ohadi added.

Earlier, on Sunday, Iran’s Minister of Culture and Islamic Guidance Ali Jannati said that Saudi Arabia had been stonewalling in pursuing Iran’s presence in this year’s Hajj pilgrimage.

“In the past few months, they [the Saudis] have refused to even issue visas for Iranian Hajj officials to visit [Saudi Arabia] and negotiate; the visas were issued in a third country, for the first time ever. Although we stated that the Swiss embassy is taking care of Saudi Arabia’s interests in Iran and can issue visas for Iranian pilgrims, they say the visa should be issued in a third country, which is not plausible for us,” Jannati told reporters on April 17.

“Although we have lost four months for making the required arrangements and signing certain contracts in Saudi Arabia, we will do our best to arrange this year’s Hajj pilgrimage,” he added.

Given the above-mentioned remark and the situation described by Iranian officials, the Saudi Arabian government seems unwilling to co-operate with Iran and facilitate this year’s Hajj for Iranian pilgrims.

There is no doubt that the issuance of visas in a third country would cause a lot of problems for Iranian pilgrims (who are mostly middle-aged and elderly) in purchasing tickets and making other arrangements.

Taking the pilgrims’ age into account, it seems necessary for the host country to do its best to facilitate the spiritual trip, but this year, given the problems already caused by Riyadh, it is unlikely that the trip will occur without tension.

The Saudi government has not even taken any appropriate measures in reaction to last year’s incidents (the sexual harassment of two Iranian teenagers in Jeddah Airport, and the Mina crush, which killed 464 Iranian pilgrims). Therefore, Iran is not sure whether its pilgrims can have a safer and better trip this year.

The Saudi government has even reportedly set conditions for Iranian pilgrims, including a ban on any gatherings in public places, as well as praying noisily. These conditions undoubtedly demonstrate the limitations Saudi officials are trying to put on Iranian pilgrims in a bid to put them under pressure and deprive them from Hajj.

Although the Wahhabi regime ruling the Arab country has always taken a hard line on the Shiite-majority Iran and its nationals, the new king, Salman, and his family have adopted very hostile policies against Iran since they came to power in 2015.

Now, is it in the interest of Iranian pilgrims to go on the Hajj pilgrimage when Saudis refuse to guarantee their security and safety and even threaten them? This is the question that Iranian authorities should answer.