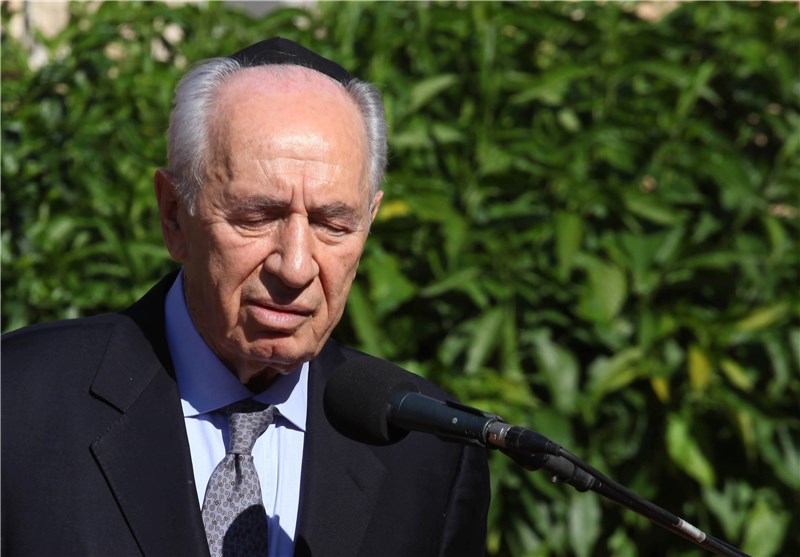 Robert Fisk, the well-known British journalist and Middle East expert, says the former Israeli PM Shimon Peres was no 'peacemaker', as Western officials are calling him after his recent death.

In an article published by The Independent, Robert Fisk, the British columnist and Middle East expert, writes about Shimon Peres, the former Israeli PM who recently died in the age of 93.

Here are excerpts from the article, as covered by many Iranian news outlets including Al Alam News Network and Donya-ye Eqtesad newspaper:

When the world heard that Shimon Peres had died, it shouted “Peacemaker!” But when I heard that Peres was dead, I thought of blood and fire and slaughter.

I saw the results: babies torn apart, shrieking refugees, smouldering bodies. It was a place called Qana and most of the 106 bodies – half of them children – now lie beneath the UN camp where they were torn to pieces by Israeli shells in 1996. I had been on a UN aid convoy just outside the south Lebanese village. Those shells swished right over our heads and into the refugees packed below us. It lasted for 17 minutes.

Shimon Peres, standing for election as Israel’s prime minister, decided to increase his military credentials before polling day by assaulting Lebanon. He used as an excuse the firing of Katyusha rockets over the Lebanese border by the Hezbollah. In fact, their rockets were retaliation for the killing of a small Lebanese boy by a booby-trap bomb they suspected had been left by an Israeli patrol.

A few days later, Israeli troops inside Lebanon opened fire into the Qana village. Their first shells hit a cemetery used by Hezbollah; the rest flew directly into the UN Fijian army camp where hundreds of civilians were sheltering. Peres announced that “we did not know that several hundred people were concentrated in that camp. It came to us as a bitter surprise.”

It was a lie. The Israelis had occupied Qana for years after their 1982 invasion, they had video film of the camp, they were even flying a drone over the camp during the 1996 massacre. The UN had repeatedly told Israel that the camp was packed with refugees.

This was Peres’s contribution to Lebanese peace. He lost the election and probably never thought much more about Qana. But I never forgot it.

When I reached the UN gates, blood was pouring through them in torrents. I could smell it. It washed over our shoes and stuck to them like glue. There were legs and arms, babies without heads, old men’s heads without bodies. A man’s body was hanging in two pieces in a burning tree. What was left of him was on fire.

On the steps of the barracks, a girl sat holding a man with grey hair, her arm round his shoulder, rocking the corpse back and forth in her arms. His eyes were staring at her. She was keening and weeping and crying, over and over: “My father, my father.” If she is still alive – and there was to be another Qana massacre in the years to come, this time from the Israeli air force – I doubt if the word “peacemaker” will be crossing her lips.

There was a UN enquiry which stated in its bland way that it did not believe the slaughter was an accident. The UN report was accused of being anti-Semitic.