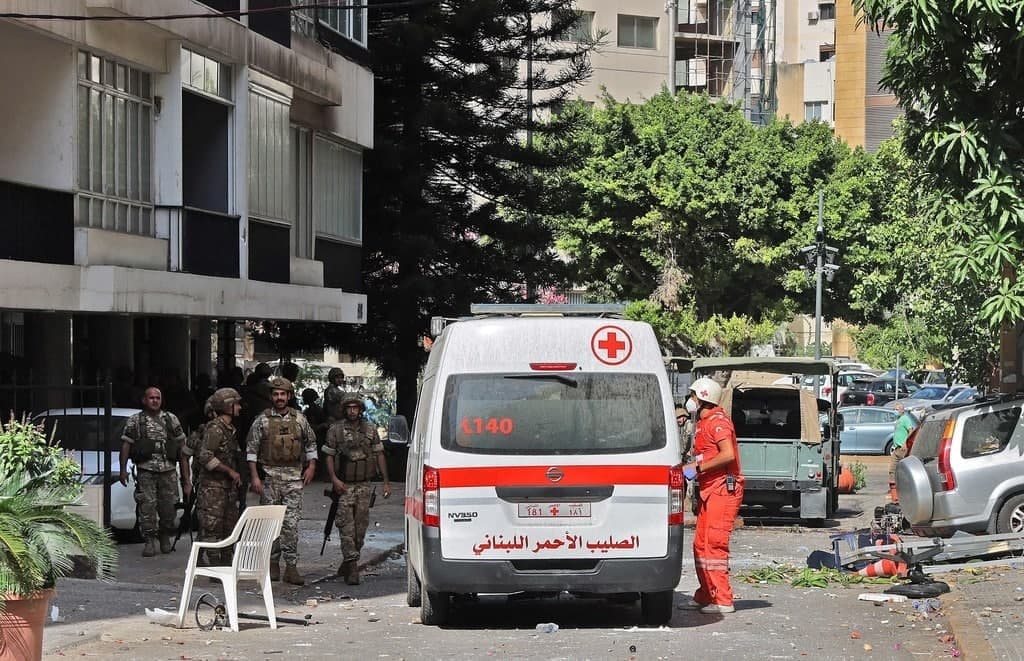 Heavy gunfire rang out in the Lebanese capital on Thursday during protests against the lead judge investing the fatal Beirut port blast. The incident has claimed at least six lives and left dozens injured. The Lebanese army troops have been deployed to squash the unrest.

Lebanese Interior Minister Bassam Mawlawi has confirmed that the death toll from the shooting in Beirut has climbed to six. He also stated that bullets had been fired at the protesters’ heads.

Al-Mayadeen TV channel has reported at least 60 people have been injured, while the Lebanese Red Cross told Al-Jazeera at least 25 others wounded by gunfire.

The incident comes amid rallies staged by supporters and allies of the Hezbollah group, who planned to go to the Justice Palace to protest against the judge investigating the deadly Beirut port explosion.

Videos and photos have emerged online, showing people running in the street and trying to hide in a nearby district.

At least two explosions were also reported in Beirut after clashes had occurred near a site where a demonstration had to take place.

The Lebanese army has issued a statement, stating that they were looking for those who attacked protesters.

The army has also fired at the building where militants are supposed to be hiding after the deadly shooting attack against protesters.

Lebanese Prime Minister Najib Mikati, accompanied by the defenсe minister, have arrived at the army headquarters in the wake of the deadly shooting in Beirut’s Tayouneh district, the army said.

“The head of government, Najib Mikati, and Defence Minister Maurice Slim, arrived at the army command operations center to monitor the situation with army commander Joseph Aoun,” the statement added.

Hezbollah and Amal have called on their supporters to stay calm and not fall for provocations in the wake of the deadly shooting in Beirut.

In their joint statement, the movements expressed the belief that the attack on protesters was aimed at “plunging the country in a strife”.

“We call on our supporters to stay calm and not to fall for malicious provocations,” the statement read.

An exchange of fire has stopped in Beirut following five hours of a military operation in wake of the deadly shooting. However, soldiers and armoured vehicles keep on patrolling the streets.

Last month, the investigation into the explosion at the port of Beirut was suspended due to a lawsuit filed against judge Tarek Bitar. The lawsuit was reportedly filed by ex-Lebanese Interior Minister Nohad Machnouk, whom the judge wanted to summon for questioning.

The deadly explosion rocked the port of Beirut in August 2020, killing more than 250 people, injuring 7,000 and leaving about 300,000 people homeless. The blast was blamed on thousands of tonnes of ammonium nitrate stored at the port.