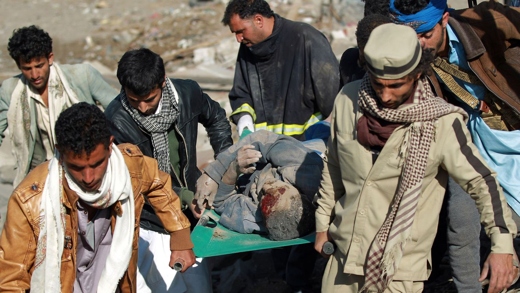 Saudi-led coalition airstrikes carried out on Yemeni civilians have violated the humanitarian law, a UN panel of experts announced.

The UN experts have called on the UN Security Council to ‘investigate reports of violations of international humanitarian law and human rights law in Yemen by all parties and to identify the perpetrators of such violations,” AFP reported on Tuesday.

‘Many attacks involved multiple air strikes on multiple civilian objects,” the report further said, adding that ‘civilians are disproportionately affected” by the unabated aerial aggression. It also denounced Riyadh’s crippling blockade on Yemen, which constitutes ‘the prohibited use of starvation as a method of warfare.”

Some 8,300 people have been killed and over 16,000 others injured since the strikes began. The Saudi war has also taken a heavy toll on Yemen’s infrastructure.

Yemenis have been carrying out retaliatory attacks on the Saudi forces deployed in the country as well as targets inside Saudi Arabia.