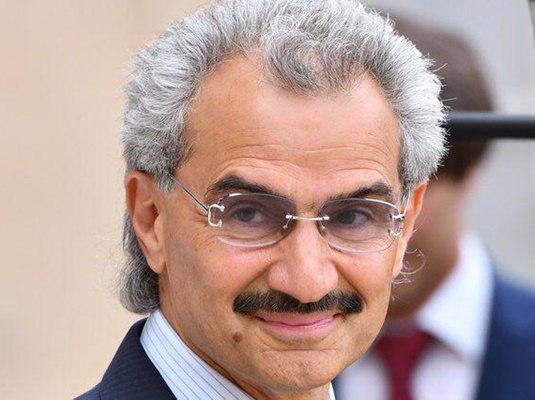 Saudi Arabian billionaire Prince Waleed bin Talal has been reportedly freed from detention more than two months after he was taken into custody in a luxurious hotel.

Reuters quoted a family source as saying on Saturday that the Saudi prince has arrived home.

His release came hours after Bin Talal, the highest profile detainee with stakes in companies such as Twitter and Citigroup, told Reuters in an exclusive interview at the opulent Ritz-Carlton hotel in Riyadh that he expected to be cleared of any wrongdoing and be released from custody within days.

Maintaining his innocence, he said he was finalising the “misunderstanding” through discussions with the government to clear his name and expected to resume normal life at the helm of his investment company, Kingdom Holding.

The release comes as Saudi Crown Prince Mohammed bin Salman’s purge winds down, with the gilded penal facility expected to reopen next month as a five-star hotel, FT reported.

The authorities have described the anti-graft drive as a strong message that corruption will not be tolerated as the crown prince seeks to diversify the economy away from its dependence on oil. The purge, also consolidating the prince’s power by sidelining potential rivals, has alarmed global investors who will be needed for his wide-ranging economic reform plans.

The authorities say they have recovered billions of dollars from detainees who have signed financial settlements in lieu of legal action on graft charges. Others have been released without charge. As many as 95 holdouts unwilling to settle charges could be transferred to prison to face trial, the authorities have said.