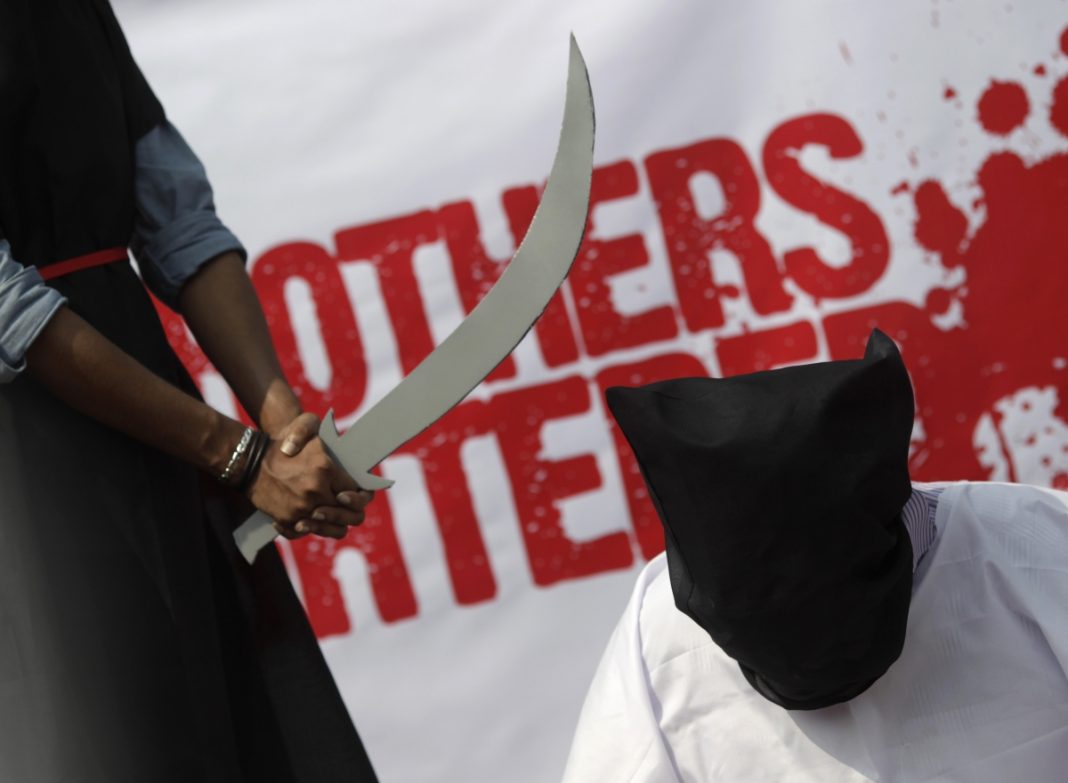 The UK Government has been informed that Riyadh is preparing a Christmas execution spree while the western countries are preoccupied with festivities in a cynical effort to avoid diplomatic "blowback".

In a letter to Foreign Secretary James Cleverly, members of the UK Parliament expressed gruesome worries that Saudi Arabia would use the holiday season’s festivities to carry out mass killings with less chance of diplomatic blowback, The Telegraph reported, citing the letter.

“We are gravely concerned that Saudi Arabia may carry out a mass execution over the holiday period when the world’s eyes are elsewhere and Saudi authorities feel they will face less diplomatic blowback,” the letter read.

Legislators from all political parties, most notably former Secretary of State for EU Exit David Davis, inked the letter, as per the report.

In 2016 and 2020, when “it is harder for the international community to rapidly respond,” Saudi Arabia “carried out executions over the Christmas and New Year season,” the MPs stressed. “We urge you [Cleverly] to make representations ahead of the holidays to communicate that this would be utterly unacceptable before it’s too late,” the letter added.

60 known persons are currently on death row in Saudi Arabia; however, the actual number is probably much higher, according to The Telegraph.

This comes shortly after media reports revealed that Saudi Arabia is following through with executions double the number recorded last year.

Saudi Arabia executed twice as many people in 2022 as it did in the previous year, according to statistics released by the AFP. International human rights organizations strongly denounce this sharp increase.

A Saudi national and a citizen of Jordan were detained by Saudi Arabia and executed after being found guilty of smuggling illegal amphetamine tablets in Al-Jawf region, according to WAS.

The number of executions carried out in 2022 increased to 138 by these two executions, according to statistics compiled by AFP using official data.

The two executions come just one week after Saudi Arabia announced the execution of two death sentences against drug traffickers from Pakistan; this was the nation’s first execution involving drugs in almost three years.

In a statement at the time, Amnesty International argued that the recent executions disrespected the statement on drug-related crimes made public by the Saudi Human Rights Commission in January 2021.

In an earlier report, Amnesty International urged Saudi Arabia to halt executions in May. The Kingdom has sentenced two Bahraini men, Jaafar Mohammad Sultan and Sadeq Majeed Thamer, to death. In January, the Saudi court ratified the death sentence on both young men arrested on May 8, 2015, on King Fahd Causeway.

Later, the Saudi authorities charged them with “preparing to blow up the bridge linking to Bahrain,” but they refuted these claims and slammed them as politically motivated.

After a “grossly unfair” trial, the two men had their sentences handed down in October 2021. An Amnesty International report, analyzing the use of the death penalty worldwide, exposes Saudi’s 2022 execution tally is nearly double what was recorded in the previous year, 65 executions, which in itself was beyond double the 2020 numbers.

In a related context, that further exposes Saudi Arabia’s brutality and human rights violations, the Yemeni Al-Masirah news channel on November 12 revealed footage it said was of a “mass grave containing dozens of African victims killed by Saudi border guards.”

Despite all this, repressive Saudi Arabia remains a US ally; and it isn’t the only regime to get a free pass from the US for its crimes and human rights violations.