Saudi Arabia Is the Answer to All Investigations about Source of Terrorism: French Journalist 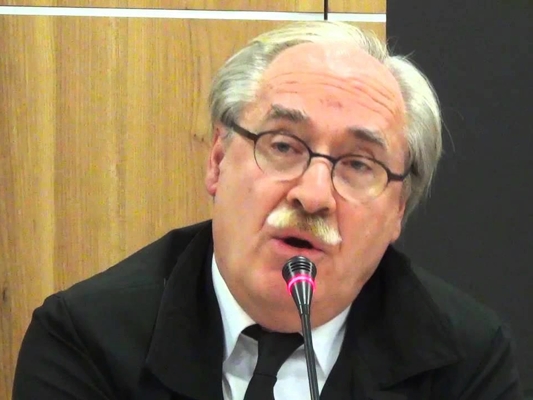 A French journalist believes that Riyadh is the root cause of terrorism, and his investigations have proved that.

According to a report by IRNA, as translated by IFP, Richard Labévière, the author of the book “Terrorism, the dark side of globalization”, which is to be published on November 14 in France, had an interview with the French-speaking radio Channel III of Algiers.

In this interview, he says “all investigations on terrorism bring us back to Saudi Arabia.”

“Saudi Arabia finances the growth of radicalism as it continues to do so today with the Al-Nusra Front in Syria. The strategy of Saudi Arabia through this funding is to first encourage the expansion of Wahhabism, and then to destabilize states, as it allows a redistribution of wealth in the region.”

“Terrorism is a vital fuel for wild neoliberal globalization. It has even become a full-fledged economic sector because it is the waste needed for the economic expansion of globalization.”

Referring to the current situation in the Middle East, the journalist says it is the result of foreign intervention in the region.

“The interests of Israel and the United States in the region are in breaking all these nation states into microstates, and returning Arabs to tribalism.”

Labévière then returned to the war in Syria and said, “After destroying Iraq, Western powers came to notice the Syrian nation state.”

“Syrian conflict is not a conflict between gentle rebels and an evil dictator as mainstream media want us to believe,” he noted.

“The reason is the rivalry between two opponents: on the one hand the axis of United States, Europe, Israel and the Persian Gulf States, which seeks to disintegrate Syria, and on the other hand, the Syrian state aided by its allies (Russia, Iran and the Lebanese Hezbollah) which want to maintain the national state.”