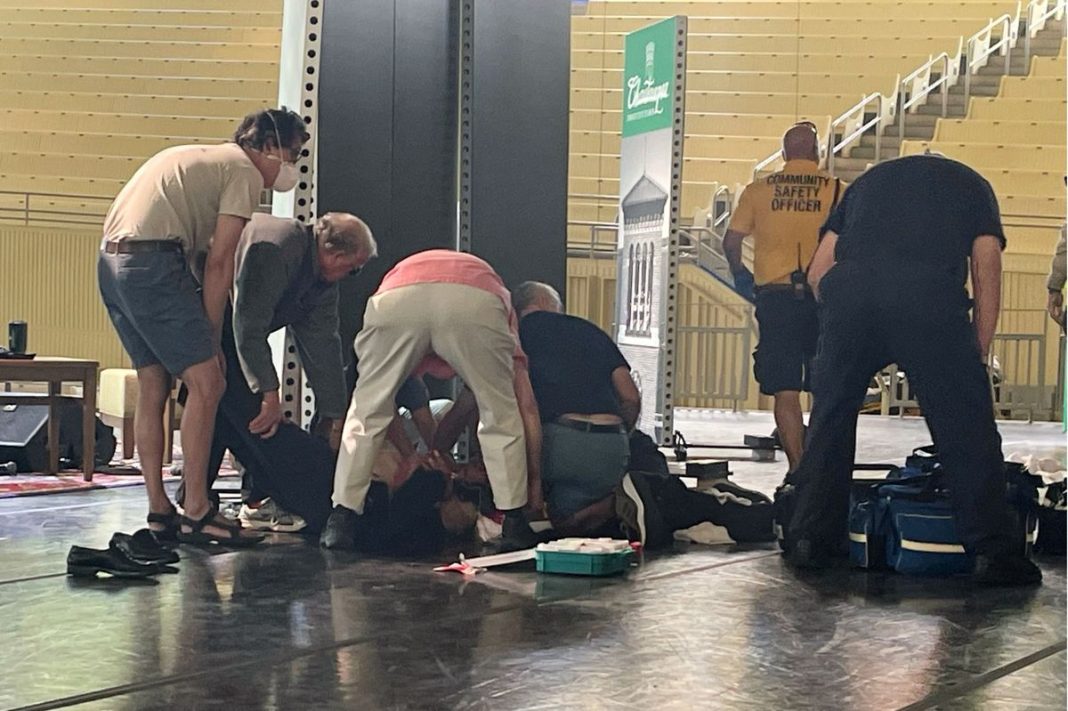 Salman Rushdie, the author of a blasphemous anti-Islam book, has been attacked on stage at an event in New York and suffered an apparent stab wound to the neck, but his condition was not immediately known. The perpetrator has been arrested.

A man rushed to the stage at the Chautauqua Institution in western New York state and attacked Rushdie as he was being introduced, an eye witness said.

Rushdie fell to the floor when the man attacked him, and was then surrounded by a small group of people who held up his legs, seemingly to send more blood to his upper body, as the attacker was restrained, according to the witness attending the lecture who asked not to be named.

A State Trooper present at the event took the attacker into custody, police confirmed.

Rushdie was taken by helicopter to a hospital but his condition was not yet known, police announced.

“We are dealing with an emergency situation,” a Chautauqua Institution spokesperson told Reuters.

Rushdie is the author of “The Satanic Verses”, a blasphemous novel about Islam published in 1988 which sparked Muslims’ outrage across the globe.

Following the publication of the book, Imam Khomeini, the founder of the Islamic Republic, issued a fatwa (religious decree), calling for Rushdie’s death.

Iran has said the decree is in place but that it will not assign anybody to carry out the decree.