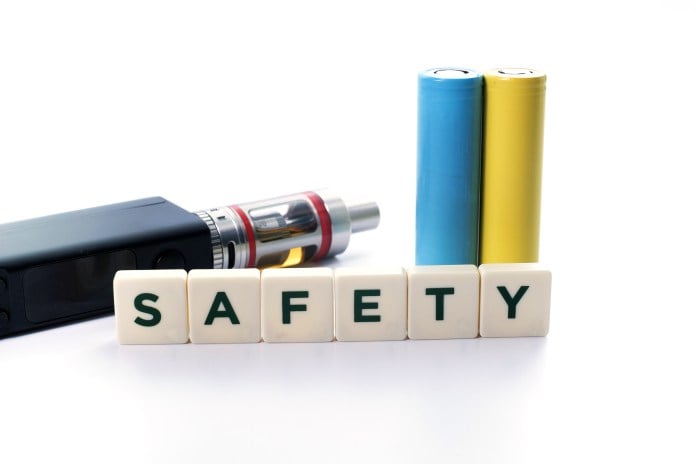 Vaporizers, especially the portable ones, draw power from an electric battery. Generally, electric batteries are portable sources of energy and allow electrolytes "to move as ions within to deliver energy to an external circuit."

Lithium-ion batteries contain flammable electrolytes and the integrity of the battery may be affected if kept pressurized, also, lithium-ion batteries that are charged too quickly may cause a short circuit which may lead to explosions and fire. Mishandled batteries are the common causes of vaporizer explosions, and since vaporizers have immediately been recognized as a healthy alternative to cigarette smoking, many people come to use vaporizers blindly. The lack of experience and proper knowledge in using these devices result in such injuries. However, to say that vaporizers do explode I believe is an exaggeration.

In the early years of vaping, back when a lot of people began trying it out, there have been numerous accounts and reports of vaporizers exploding in the faces of their users. This news led others to believe that vaping is dangerous (an ironic notion since vaping was intended to be a safer alternative to smoking) though it made people cautious and more mindful of their new-found hobby. There are a lot of speculations going around as to why vaporizers explode that’s why in this article we’ll talk about the different reasons why they do and how to prevent them.

Earlier we talked about how batteries are, what kind of batteries are used in vaporizers and what normally causes batteries to rupture and eventually break down. Since they’re the main power source of portable vaporizers it’s only fitting that we focus our attention on the batteries in our vaporizers. Ideally, should you pay careful attention to the status of your batteries the likelihood of you experiencing an explosion is technically slim to none. As a practice, I personally check my batteries every time I use them and replace my batteries – I use rechargeable 18650 batteries for my e-juice box mod – every six months. Because I frequently use my vaporizer along with the batteries, I found that their quality tends to decrease after such time that’s why I opt to replace them before they’re all worn out. I am a frequent vaper and I run a full mech mod so I normally go over two sets of batteries in a single day so my batteries are constantly charging and discharging as they go out of the vaporizer and into the charger time and again.

While I found that replacing the batteries every six months would be a good practice, it’s something that isn’t at all necessary. One way to be sure that your batteries remain in good condition is by following charging directions set by the manufacturer.

Although following directions will keep your batteries in good shape following a charging habit can also be helpful, here are a few.

Although you can, avoid charging using your computer or your car. Charging through a wall socket is still the best way to go since they’re the most stable power sources compared to your car, your computer, and other similar devices. Vape chargers are designed to be plugged into a wall outlet and the otherwise inconsistent flow of power from your car or portable devices can damage the batteries as well.

Apart from following a safe charging practice, it’s also best to follow an even safer vaping habit. Running a full mech vape mod, I’ve noticed that an accidental connection between the battery and the atomizer through a mere coin. It caused a sudden surge of sparks that could lead to an explosion. Here’s where most vape users make the mistake of keeping their vaporizers in their pocket along with other metal items that may conduct electricity and may lead to accidental misfires and vape explosions. People who also keep their vaporizers inside their bags should keep the units away from such conductive objects.

High-tech, cutting-edge vaporizers equipped with safety features shouldn’t be fondled with. Even for those who have power button/firing button locks and air vents that are designed to keep them from accidental explosions. Also, be mindful of how hot your vaporizer battery is. If it’s really hot to the touch, let it rest for a while. Remember, vaping safely also entails self and situational awareness so always be heedful and cautious about the battery temperature. Let your batteries cool down.

It’s also important to get your vaporizers from a reputable seller. A reliable and trustworthy seller will have a good name to keep so the likelihood of them selling you a faulty device or a fake vaporizer is very slim. It’s also good to know some of the best vaporizer brands that are known for being safe. Vape mods that use substandard components are the main causes of these rare yet hazardous failures. In vaping, you always get what you pay for.

Although there’s still a lot to be learned about vaping, knowing these common causes and how to prevent them will help you from eliminating accidents while you vape. Remember to always check your batteries and your vaporizer before, when, and after using it. Let’s keep vaping fun and safe.