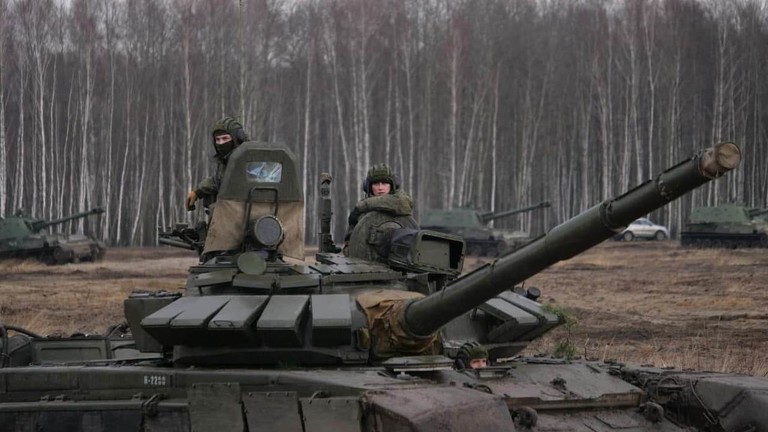 Following a request from President Vladimir Putin, the upper house of Russia’s parliament granted permission for the country’s military to be deployed abroad. This follows Putin’s recognition of the two breakaway regions in eastern Ukraine.

The authorization grants Putin the right to use Russian forces abroad “in accordance with the principles and norms of international law,” the Senate’s resolution, which was released to the media, shows.

The document does not impose any specific limits on the use of the military, with the number of troops, as well as “the areas of their activity, their goals, and length of stay outside Russia” to be decided by the president “in accordance with the Constitution.”

The decision was taken after Russia recognized the breakaway Donetsk (DPR) and Lugansk (LPR) People’s Republics in eastern Ukraine.

Ahead of the vote, representatives of the committees noted they supported the authorization, suggesting that the troops could be sent to Donbass as peacekeepers.

Valentina Matvienko, the Speaker of the Russian Federation Council, stated the troops would “create normal conditions for people’s lives and ensure security” there.

Immediately after announcing the recognition of the DPR and the LPR on Monday, Putin signed bilateral friendship and cooperation treaties with each republic.

The treaties were ratified on Tuesday by both chambers of the Russian parliament, as well as by the legislatures in the DPR and the LPR.

Putin explained his decision in a televised address later in the day, pinning the blame on Kiev and claiming the Ukrainian authorities were seeking to end the years-long conflict by force rather than through negotiations.

“They are not interested in peaceful solutions – they want to start a Blitzkreig,” Putin said, adding, “Every day they are amassing troops in the Donbass.”

Putin’s decision was widely condemned by Western leaders, with NATO Secretary General Jens Stoltenberg writing on Monday that it “undermines Ukraine’s sovereignty and territorial integrity” and could be an attempt to “stage a pretext to invade Ukraine once again.”

The EU’s high representative for foreign affairs and security policy, Josep Borrell, has warned “Russian troops are on Ukrainian soil.”

Ukrainian President Volodymyr Zelensky also announced on Tuesday that he was considering shuttering diplomatic relations with Moscow as a result of the decision. However, despite fears that Russia’s actions could lead to a full-blown attack on his country, he stated, “we believe there will be no war against Ukraine, and there will be no broad escalation on the part of the Russian Federation.”

On Tuesday, German media reported the EU is planning to bring sanctions against the more than 350 Russian MPs who voted to recognize the two breakaway Donbass republics.

Der Spiegel cited anonymous European officials who said that they were preparing measures that would hit every single lawmaker who voted to recognize the territories’ independence. The sanctions would also go after banks located in Donetsk and Lugansk People’s Republics (DPR and LPR) and make it so that free trade agreements between Kiev and Brussels will not operate in the DPR and LPR, which the EU still considers Ukrainian territory.

The sources added that the sanctions project could impose restrictions on the trade of Russian government bonds, and that the EU Council of Ministers would make a decision in the near future.

Russian Foreign Minister Sergei Lavrov brushed off the threat of sanctions on Tuesday, saying the West would impose them regardless of events and describing the response to Russia’s recognition of two breakaway Ukrainian regions as predictable.

Russian Foreign Ministry spokeswoma Maria Zakharova has also stated suggestions that there would have been no sanctions and condemnation from the West against Moscow if it had not recognized the sovereignty of the Donetsk and Lugansk People’s Republics are an illusion.

Putin has condemned Ukrainian authorities for effectively killing the Minsk agreements and stated that they had stopped existing long before Russia decided to recognise the Donetsk and Lugansk People’s Republics.

Putin went on to add that his decision to recognise the Donbass republics was dictated by Kiev’s open admission that it was not going to honour the Minsk agreements. He noted that there was nothing to wait for except the “genocide” of the people in Donbass.

“Yes, of course, now the Minsk agreements do not exist. So why should we implement them if we have recognised the independence of [the DPR and LPR],” Putin continued.