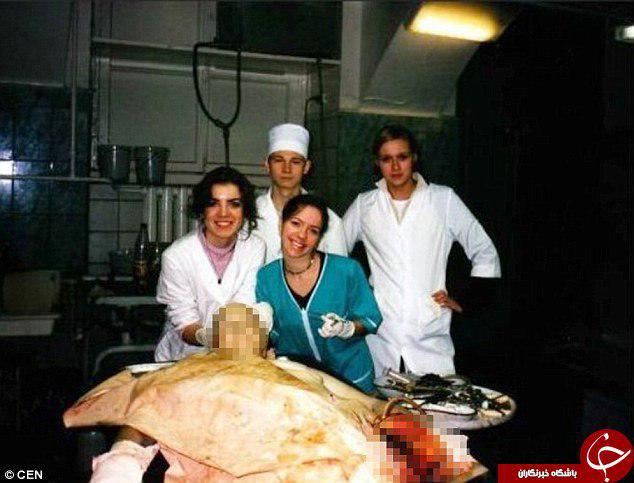 A female doctor in Russia’s St. Petersburg has caused outrage by posting pictures of herself online posing with a corpse.

The unidentified woman, whose name and age were not disclosed, reportedly works in the Research Institute of Emergency Medicine in St Petersburg, Russia.

The picture of the corpse is thought to have been during her studentship and shows her posing with three friends, Daily Mail reported.

The doctor is picture holding the corpse’s head and commented on the image, saying: ‘You could take a piece, if nobody was watching. Yeah, we did not get bored then. What good days they were, I miss them.’

Many online commenters did not see the funny side of the pictures.

Netizen ‘Irina Igoreva’ commented: ‘Maybe you think it’s funny, but it’s not. What if the relatives of the dead man you’re posing with saw this photo? Now put yourself in their place.’

And ‘Lena Volk’ added: ‘I think you crossed the line and should be punished.’