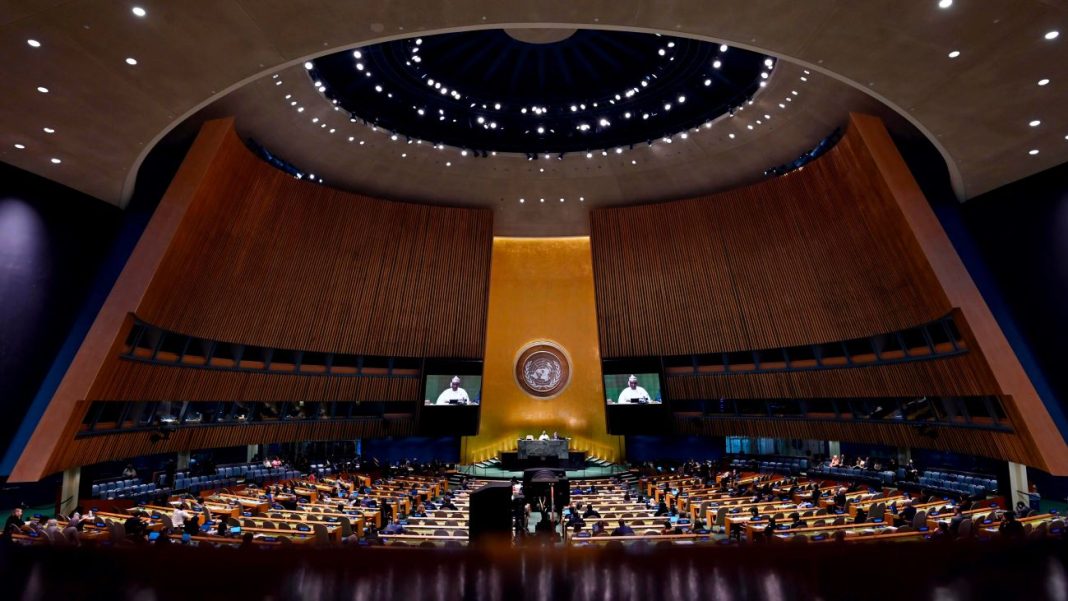 None of Russia’s 56-member delegation to the UN General Assembly has been granted a US visa as of September 1, Russia’s envoy to the UN stated in his letter to the United Nations Secretary General.

“As of September 1, 2022 none of the 56 Russian representatives from the main and advance group have received entry visas to the United States. Similar situation exists with the accompanying journalists and crew members of the flight of our Minister,” Russian Permanent Representative to the UN Vasily Nebenzya said in a letter to UN Secretary General Antonio Guterres, obtained by TASS.

Nebenzya reiterated that the US, as a host nation of the UN, is obliged to ensure participation of delegations to the global organization’s events.

“In this regard we would ask you to once again emphasize to the authorities of the United States that they must promptly isuue requested visas for all Russian delegates and accompanying persons, including Russian journalists who are to stay in New York for media coverage of our Foreign Minister’s visit,” the letter reads.

According to the document, the United States has been denying visas to Russian delegates assigned to UN events over the past few months.

“For the last several months the authorities of the United States have been constantly refusing to grant entry visas to a number of Russian delegates assigned to take part in the official United Nations events. Among the last examples of that kind are cancelled visits of the Minister of Internal Affairs of the Russian Federation Mr. Vladimir Kolokoltsev,” Nebenzya added.

The High-Level Week of the UN General Assembly, traditionally attended by heads of states and ministers, will begin on September 20. According to the tentative schedule of the event, the Russian minister is to deliver his speech on September 24.