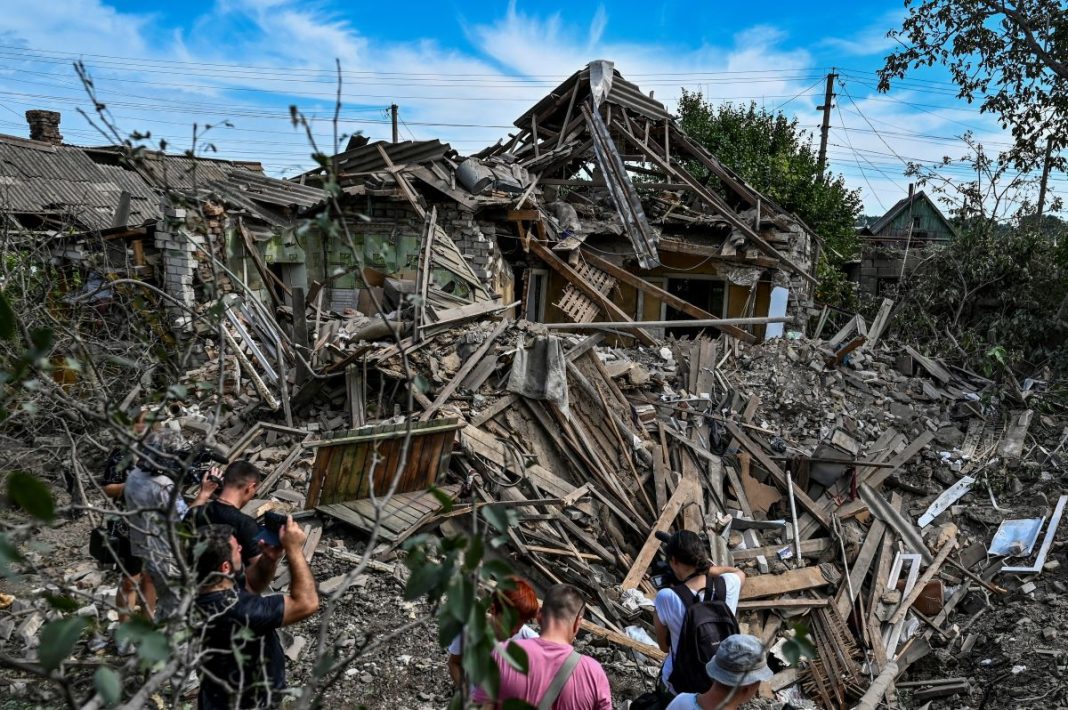 President Vladimir Putin has said that Moscow is ready to offer modern weapons to its allies, adding it values its ties with countries in Latin America, Asia and Africa.

“[We] are ready to offer our allies the most modern types of weapons, from small arms to armored vehicles and artillery to combat aviation and unmanned aerial vehicles,” the Russian leader stated at the opening ceremony of the “Army-2022” forum, an arms show being held near Moscow.

“Almost all of them have been used more than once in real combat operations,” he added.

Putin was speaking nearly six months after Russia launched its invasion in Ukraine, an offensive that has seen Moscow suffer repeated setbacks and heavy losses.

Western military analysts say the poor performance of Russian troops and weaponry could make its arms exports less attractive to potential buyers, such as India, which have heavily relied on its technology in the past.

It also indicates that Ukrainian troops are staging counterattacks in the country’s south, in a bid to reclaim territory captured by Moscow earlier in the war.

Several major Wall Street banks have begun offering to facilitate trades in Russian debt in recent days, according to bank documents seen by the Reuters news agency, giving investors another chance to dispose of assets widely seen in the West as toxic.

Most US and European banks had pulled back from the market in June after the Treasury Department banned US investors from buying any Russian security as part of economic sanctions to punish Moscow for invading Ukraine, investors who hold Russian securities and two banking sources told Reuters.

Following subsequent guidelines from the Treasury in July that allowed US holders to wind down their positions, the largest Wall Street firms have cautiously returned to the market for Russian government and corporate bonds, the agency reported, citing emails, client notes and other communications from six banks as well as interviews with the sources.

New Zealand is sending 120 military personnel to the United Kingdom to help train Ukrainians in front-line combat, its government has said.

The deployment will enable two infantry training teams to equip about 800 Ukrainian personnel with the core skills to be effective in combat, including weapon handling, combat first aid, operational law and other skills, the government added.

Prime Minister Jacinda Ardern, during a news conference announcing the deployment, stressed that New Zealand troops have not and would not engage in combat in Ukraine.

Dozens of countries as well as the European Union have demanded the immediate withdrawal of Russian troops from the occupied nuclear power plant in Zaporizhzhia, Ukraine.

“The stationing of Russian military personnel and weapons at the nuclear facility is unacceptable,” a joint statement signed by the US, United Kingdom, Canada, Australia, Japan and New Zealand among 42 countries said.

“Deployment of Russian military personnel and weaponry at the nuclear facility is unacceptable and disregards the safety, security, and
safeguards principles that all members of the IAEA [International Atomic Energy Agency] have committed to respect,” the group added.

Ukraine says Russians in trouble in Kherson after bridges hit

Ukraine has announced Russian troops who crossed the Dnipro river during their offensive in the southern Kherson region were facing growing difficulties after strategic bridges were damaged.

Moscow’s forces seized the southern city of Kherson on the Dnipro early in their invasion of Ukraine, the only regional capital they have conquered so far.

Their westward offensive in the region has made some progress, but the three bridges they control in the area – two for road traffic and another carrying a railway – have been bombarded repeatedly in recent weeks.

The risk of disaster at Ukraine’s Zaporizhzhia nuclear power plant occupied by Russian troops is “increasing every day”, according to the mayor of the city where the facility is located.

“What is happening there is outright nuclear terrorism,” Dmytro Orlov told the AFP news agency by telephone, adding, “It can end unpredictably at any moment.”

The plant, which is Europe’s largest, was seized by Russian soldiers in the opening days of the invasion and has remained on the front line ever since. This week the facility has come under fire repeatedly, with Kyiv and Moscow trading blame for the dangerous escalation.

Saudi Arabia’s Kingdom Holding has invested in Russian energy groups Gazprom, Rosneft and Lukoil between February 22 and March 22, according to a post on Twitter.

Foreign ministry: US seeking to label Russia as state sponsor of terrorism with others’ hands

The United States’ plans to isolate Russia in the world have failed, which explains Washington’s attempts to label Russia as a state sponsor of terrorism with the hands of others, Russian Foreign Ministry Spokeswoman Maria Zakharova said on Sunday.

“They are using others to materialize their idea [to add Russia to this list]. As a matter of fact, the Baltic states have already spoken out on this topic,” she stated in an interview with the Voskresny Vecher (Sunday Evening) with Vladimir Solovyov program on the Rossiya-1 television channel.

“It did not happen. The world has paid no heed to everything Washington was saying. The West has self-isolated from our country and then it triggered Plan B – to do harm wherever possible. Mostly by proxy,” she continued, adding that Washington prefers to do it via those countries, which joint the European Union not long ago. In her words, the governments of Eastern European nations are not “the elite, which is responsible for its steps”, and Washington is making use of it.

She recalled that Moscow has clearly explained to Washington which consequences this step (listing Russia as a state sponsor of terrorism) may entail.

“If they can read, they, probably, understand. We have said that many times – not only orally, but also in written commentaries, and even translated them into English. So, the question is to the people we deal with. But everything has been said many times,” Zakharova stated.

The first ship carrying Ukrainian wheat to be exported under a United Nations-brokered deal has arrived in Istanbul, according to the Joint Coordination Centre based in the Turkish city.

The Belize-flagged vessel is the first to carry wheat from Ukraine through the Black Sea since Russia’s invasion in February. The Sormovskiy was loaded with 3,050 tonnes of wheat and had left Ukraine’s port of Chornomorsk on Friday.

The ship was seen crossing the Bosphorus Strait and docking there, awaiting inspection.

It was the first shipment of wheat from Ukraine, which, along with Russia, accounted for nearly a third of global wheat exports before Russia’s invasion of Ukraine.

Pope Francis has said that the war in Ukraine distracted attention from the problem of world hunger, and has called for urgent food aid to stave off looming famine in Somalia.

“The people of this region, who already live in very precarious conditions, are now in mortal danger because of drought,” he stated, referring to the Horn of Africa during his weekly address in St Peter’s Square in Rome, Italy.

The Food and Agriculture Organization of the United Nations announced this month that it could officially declare famine in eight regions of Somalia next month if livestock continue to die, key commodity prices rise further and humanitarian assistance fails to reach the most vulnerable.

A Russian diplomat has called on Ukraine to offer security assurances so that international inspectors could visit the Zaporizhzhia Nuclear Power Plant that has come under fire.

As fighting steps up in southern Ukraine, concern has grown sharply about the Zaporizhzhia plant, which is held by Russian forces and has been hit by sporadic shelling.

Russia’s envoy to international organisations in Vienna, Mikhail Ulyanov, called on Ukraine to “stop shelling” the plant to allow an inspection mission from the International Atomic Energy Agency.

“It is important that the Ukrainians stop their shelling of the station and provide security guarantees to members of the mission. An international team cannot be sent to work under continuous artillery shelling,” he was quoted as saying by TASS.