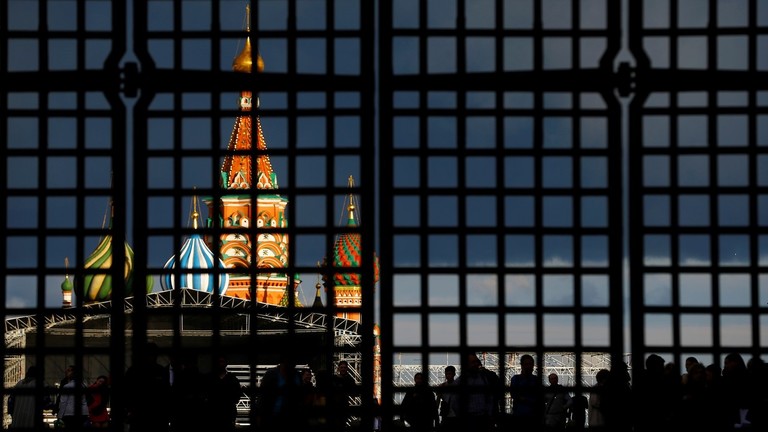 Kremlin spokesman Dmitry Peskov stated that UK's plans to target Russia with sanctions are not legitimate. He noted any such aggression will bring about countermeasures from Moscow.

Peskov blasted the threats as “an attack on businesses”.

“The British foreign secretary spoke about some sanctions. But here, I think, we must call everything by its proper name. Sanctions are something legitimate and something formally approved via a decision of the UN Security Council,” Peskov said on Monday.

“In this case, we are talking about an undisguised attack on businesses,” he added.

According to the official, any such aggression will bring countermeasures from Moscow to protect Russia’s national interests.

British media outlets previously reported that the cabinet plans to announce a new round of sanctions against Russia on 31 January, targeting energy companies and other “strategic” industries. At the same time, Foreign Secretary Liz Truss stated the government would present a new draft law in the UK Parliament in a bid to widen the anti-Russian sanctions list.

The threats come amid deteriorating ties caused by the Ukrainian crisis, as London continues to accuse Moscow of planning an invasion of Ukraine and seeking to install a “puppet government” in Kiev.

Moscow, in turn, blasted the allegation as “fake” and said that the escalation is deliberately being hyped up by the UK and the US, who are planning a provocation against Russia in Ukraine.

Simon Clarke, Chief Secretary to the UK Treasury, speaking on the Sky News Monday once again threatened Moscow with sanctions amid heightened tensions between the two sides.

“We are very clear that if Russia takes further action against the Ukraine, then we will further tighten the sanctions regime targeting those businesses and people with the closest links to the Kremlin,” he asserted.

Western powers accuse Russia of amassing troops near the Ukrainian border to invade the country. Moscow rejects the allegations and says the deployments are defensive in nature.

Kremlin officials accuse the West of Russiophobia, saying it has no right to lecture Moscow on how to act after it expanded the NATO military alliance eastwards after the fall of the Soviet Union, and sowed seeds of chaos and mayhem in Iraq and Syria.