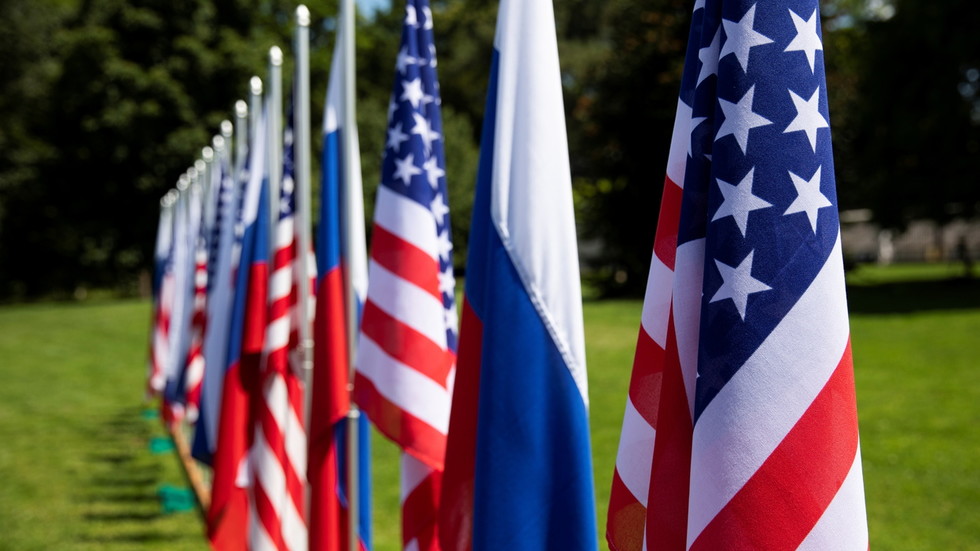 Russia has plans to hedge risks and mitigate consequences in the event of new economic sanctions by the US, the Kremlin spokesman Dmitry Peskov says. He added Moscow is concerned because the sanctions behavior of Washington is absolutely unpredictable.

“The Kremlin, of course, is concerned because the sanctions behavior of the United States is absolutely unpredictable. The US retains its unpredictability internationally in this regard. There are plans, risk hedging plans to minimise the consequences of such unpredictable actions,” Peskov told reporters.

Moscow once again urges Washington to abandon its provocative actions and escalating tension on the European continent, the Kremlin spokesman stated.

Earlier this week, the US announced it was preparing a package of sanctions that would be imposed against Russia in case it invades Ukraine and would target the country’s banking sector and export controls, as well as “key people and industries” that were spared by Washington in sanctions it introduced in 2014 after Russia’s reunification with Crimea.

The UK, for its part, also threatened Russia with sanctions, with UK Foreign Secretary Liz Truss saying that the government was preparing a draft law that would expand the anti-Russian sanctions list that is already in place in Britain and would hit Russian energy companies and other “strategic” industries.

Europe has been reportedly considering sanctions against Russia as well, and they will possibly include restrictions on currency conversion, export control measures, import and export bans, as well as limiting access to the SWIFT interbank system.

Reports about new Western sanctions against Russia have been made in the past few weeks amid a continuing row between Russia, US and NATO over Ukraine. There has been speculation in the Western media about Moscow amassing tens of thousands of troops on the border with Ukraine and preparing to “invade” the country, an allegation Russia has repeatedly denied as groundless and stressing it has no plans to attack any country. Moscow also said that NATO’s increased military activity in Eastern Europe and active technical assistance to Ukraine pose a serious threat to Russia’s national security.

Russian Ambassador to Washington Anatoly Antonov also told journalists on Wednesday US White House Press Secretary Jen Psaki claims on Russia’s alleged use of “chemical weapons” and its “multiple invasions” of other states are “fundamentally false” and “have no grounds”.

“The statement of the White House official representative is fundamentally false, aimed at demonizing Russia in the eyes of the US public and the world community,” Antonov stated.

“The US has not backed up with any credible evidence its fantasies built on outright lies about the alleged use of chemical weapons by our country,” he added.

“Let me remind you that the United States remains the only country that has not yet fulfilled its obligations under the Chemical Weapons Convention (CWC) and has not eliminated national chemical weapons arsenals,” the Russian envoy noted, saying, “The Russian Federation has completely destroyed its stocks of this type of weapons.”

“This fact has received international recognition,” according to Antonov.

“We are waiting for concrete actions from Washington to liberate the world from chemical warfare agents,” he continued.

The high-ranking Russian diplomat also said, “The accusations against our country of ‘invading’ other states also have no grounds.”

“Russia adheres to the principle of “non-interference” in the affairs of foreign countries and strictly follows international law – unlike the United States, whose modern history looks more like a chronology of US military operations in different parts of the globe,” Antonov stressed.

“Washington’s “bloody” experiments on the “democratization” of the world have brought nothing but chaos, instability, and loss of lives. Yugoslavia, Iraq, Libya, Syria and Afghanistan are just some of the countries that have experienced the aggressiveness of the US foreign policy,” he added.

“We encourage our colleagues to look in the mirror more often before blaming or lecturing others,” the head of the Russian diplomatic mission in the United States stressed.

On Tuesday, Russian President Vladimir Putin stated in their responses to the Russian proposals on security guarantees, the US and NATO ignored Moscow’s fundamental demands.

Russian Foreign Minister Sergey Lavrov noted after a phone talk with US Secretary of State Antony Blinken on Tuesday the United States reacted negatively to Moscow’s key demand that the accords on indivisible security be implemented responsibly.

The US, its NATO allies, and Ukraine have accused Russia of amassing troops near Ukraine’s border for a possible invasion. Moscow has rejected the allegation, saying the troop build-up is defensive as NATO has increased its activities near Russian borders.

Russia asked the United States for certain security guarantees in an attempt to defuse the escalation of tensions over Ukraine, demanding that the US-led NATO military alliance deny Ukraine membership to the Western bloc. Moscow also proposed that the US not establish any military bases in the former Soviet states that are not part of NATO, and not develop a bilateral military alliance with them. Washington rejected the proposals as “non-starters.”

Russia’s envoy to the UN Vasily Nebenzya on Tuesday brushed aside threats of sanctions by the US and its allies concerning a Ukraine row, saying they will backfire.

“We learned to live with that,” Nebenzya stated at a news conference at UN headquarters when asked if Moscow would respond to any sanctions.

“We’ve been sanctioned so many times that we lost count,” he said, adding, “I hope they will have enough reason not to move forward with that. But that will backfire.”