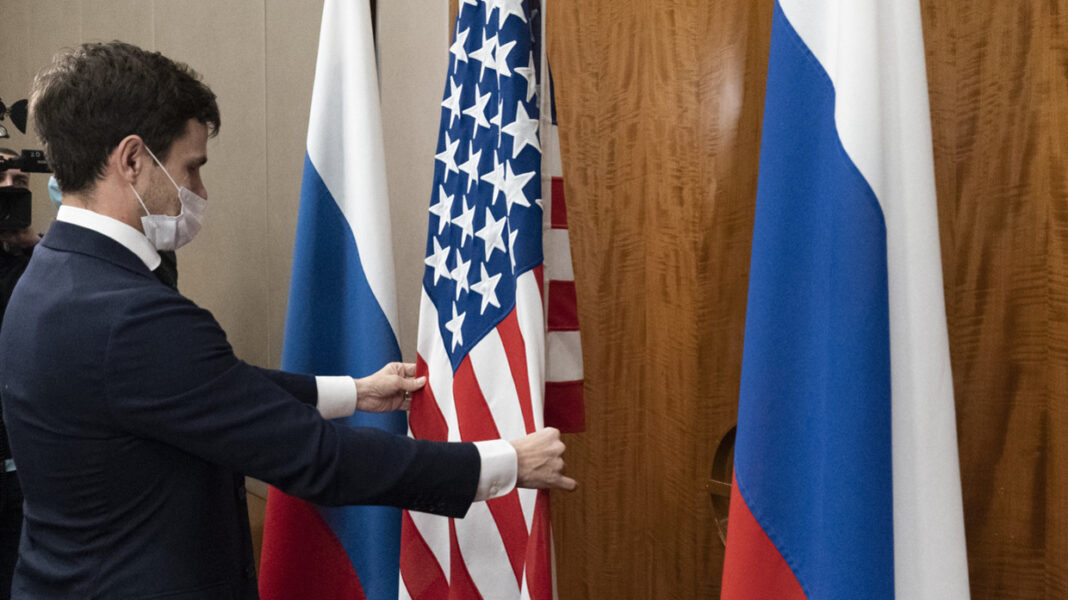 Russian Foreign Minister Sergey Lavrov has confirmed that Moscow has received a written response from the US to the Kremlin's requests for assurances over NATO expansion, expressing disappointment over quote the lack of concessions.

Speaking on Thursday, the top diplomat said, “there has been no positive response” to the Kremlin’s core concerns in the document provided by the American side following weeks of talks with their counterparts.

“The main issue is our clear position on the unacceptability of further NATO expansion to the East and the deployment of highly-destructive weapons that could threaten the territory of the Russian Federation,” Lavrov explained.

According to Lavrov, the document promised by US Secretary of State Antony Blinken following talks last week in Switzerland failed to address these points.

“It is significant that when our Western colleagues react to our proposals, they always call for the implementation of agreed principles in the Euro-Atlantic… they immediately say this means NATO has the right to expand and no country has the right to prohibit it,” he added.

Reacting to the document later the same day, Kremlin Press Secretary Dmitry Peskov said Russia is now contemplating its response, and the document is being assessed by President Vladimir Putin. According to the spokesman, the requests put forward by the Russian side have not been fully taken into account by Washington and the US-led military bloc.

“There are and should always be prospects… for further dialogue,” he said.

“It is in our interests and in the interests of the Americans. But as for the substantive dialogue on the draft documents, there are issues of a different nature, but I will not get ahead of myself,” Peskov added.

Lavrov also revealed that the content of the document “is likely to become known to the general public in the very near future.” However, he added, “as our American colleagues told us, although they would prefer to keep it confidential, it has been agreed with all of the US’s allies, as well as the Ukrainian side. There’s no doubt it will be leaked in the very near future.”

Last week, Blinken hinted that Washington was not prepared to make any concessions to Russia’s demands that NATO limit its expansion close to its borders by blocking Ukraine from trying to join the military bloc.

Speaking following the talks in Geneva, the secretary of state said, “I made clear to Minister Lavrov that there are certain principles that the US, our partners and allies, are committed to defend. That includes those that would impede the sovereign right of the Ukrainian people to write their own future. There is no trade-space there – none.”

Kiev’s aspirations to join the bloc have long been seen as a ‘red line’ in Moscow, with Peskov previously saying it comes down to a question of “life or death.”

Last month, Russia handed over two draft treaties, one addressed to Washington and the other to NATO, which it says are aimed at reducing the risk of conflict on the European continent. Moscow requested that the bloc refrain from any military activity on the territory of the former Warsaw Pact states that joined after 1997, following the fall of the Soviet Union.

NATO’s secretary general, Jens Stoltenberg, has also played down the chances of agreeing to Moscow’s requests, saying that the country has no veto on Ukraine’s efforts to join up, and insisted it will not accept a “two-tier” membership system that prevents it from deploying troops in certain states.

Putin has previously said that the last Soviet premier, Mikhail Gorbachev, was given assurances by the West that NATO would not push into the space left by the collapse of the USSR. A tranche of documents was declassified in 2017, and subsequently cited by a number of analysts as showing that American, British, and German officials verbally assured the Kremlin in the 1990s that NATO would not move into Eastern European countries. The bloc rejects these claims and it has always had an ‘open door’ policy.

Arguing that written assurances that there would be no further expansion are necessary for Russia’s security, Putin claimed that the West “cheated” Russia in the years that followed when Poland, Bulgaria, Romania, and the Baltic states were admitted.