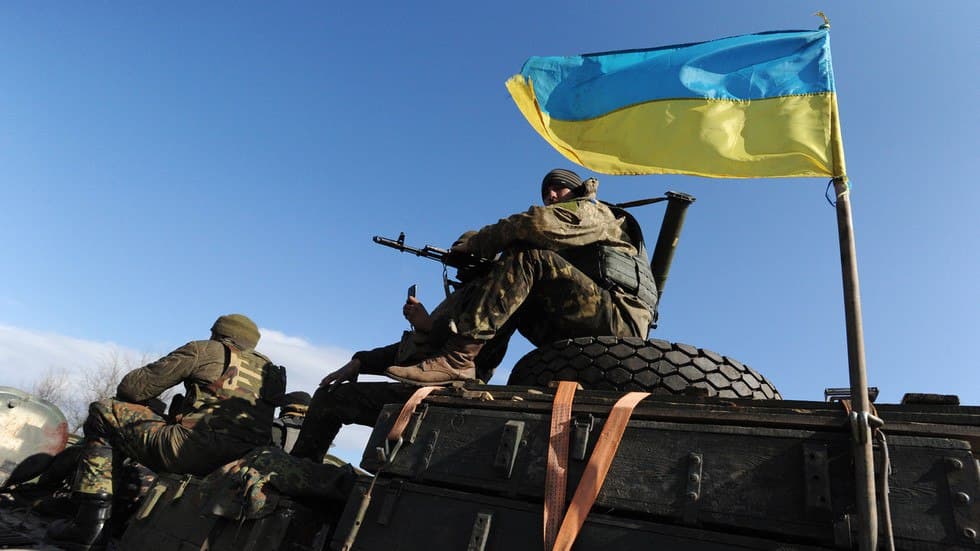 Russia’s army says its troops have opened fire on a “Ukrainian sabotage and reconnaissance group” that attempted to cross into the country, killing five servicemen and destroying their vehicles.

In a statement issued on Monday, military chiefs said that “a unit of the Southern Military District, alongside a border patrol by the Russian Federal Security Service, prevented a sabotage and reconnaissance group from violating the Russian state border from the territory of Ukraine.”

Five Ukrainian soldiers were killed and no Russian servicemen were injured during the firefight, they reported.

The ministry added that during the attack, two combat vehicles belonging to Kiev’s armed forces crossed into Russian territory in an attempt to rescue the alleged saboteurs. Both vehicles are said to have been destroyed.

Responding to the reports of the attack, Ukraine’s military has announced that Moscow’s claims of an attempted incursion by saboteurs are false.

Earlier, the Russian top security agency reported a guard post along the border between Russia and Ukraine has been hit by a projectile launched from across the frontier. It comes amid a worsening military standoff in the neighboring Donbass region.

In a statement released on Monday, officials from the FSB’s press service announced that “on February 21, at 9:50 AM, a shell of an unknown type, fired from Ukrainian territory, completely destroyed the place of work of guards from the border department of Russia’s Federal Security Service in the Rostov region.”

The FSB said that the post is located around 150 meters from the Russian-Ukrainian border. No casualties have been reported, and explosives specialists are said to have been brought in to ensure the site is safe.

A video shared by the agency shows what appears to be a destroyed structure in an isolated area close to the demarcation line, surrounded by trees and fields. No other damage or facilities can be seen in the clip.

The report comes amid claims of a sharp spike in hostilities between the two breakaway self-declared Donbass republics in Donetsk and Lugansk and Kiev’s forces. Both sides have accused each other of heavy shelling, with international observers warning of a worsening crisis.

On Saturday, the Rostov branch of the FSB reported two explosions on the Russian side of the shared border, which neighbors the rebel-held territory.

“One of the shells exploded two kilometers from the Russian-Ukrainian border on the outskirts of the village of Mityakinskaya,” authorities said in a statement.

“Another shell destroyed an outbuilding on the ground of a private home in the Manotsky farming community,” the statement read.

No injuries were reported, and a criminal investigation is said to have been launched.

An unnamed law enforcement source told RIA Novosti that the remains of a shell from a Soviet-era BM-21 Grad rocket launcher have been identified at one of the alleged sites. The system is believed to be used by both Ukraine’s armed forces and separatists in the two breakaway regions.

On Friday, rebel leaders in Ukraine’s Donbass claimed that they have intelligence that Kiev is poised to order an offensive aimed at retaking the two regions, which declared their autonomy after the country’s government was topped following the 2014 Maidan. Neither Russia, Ukraine, nor any other nation recognizes their independence.
However, Kiev has insisted it has no plans to launch an attack. On Friday, Alexey Danilov, the secretary of Ukraine’s’ National Security and Defense Council, noted that “there is an attempt to provoke our forces”

Danilov added that Ukrainian troops “can only open fire if there will be a threat to the lives of our service members.”

In the midst of the fierce fighting, Russian President Vladimir Putin urged for a diplomatic solution to the increasingly tense situation.

“All Kiev needs to do is sit down at the negotiating table with representatives of the Donbass and agree on political, military, economic, and humanitarian measures to end this conflict. The sooner this happens, the better,” Putin said on Friday.

Putin will hold a large meeting of the Russian Security Council on Monday, Kremlin spokesperson Dmitry Peskov stated in a call with journalists on Monday.

When asked if this was an emergency meeting or a regular one, Peskov noted that it is “not regular,” refusing to elaborate further on the agenda of the meeting.

Peskov added the situation at the border remains “extremely tense” and refused to comment on the possibility of Russia providing military assistance to Donbas if requested.

Europe remains poised for a potential Russian invasion and Western leaders have warned that one remains imminent.

Earlier on Monday, Ukraine’s defense minister Oleksii Reznikov announced the country is not witnessing the withdrawal of Russian forces from positions close to the Ukrainian border.

Western officials have been sounding the alarm for months, claiming that Russia is pulling its troops to the demarcation line as a prelude to invading Ukraine. The Kremlin has repeatedly denied that it has any aggressive intentions toward its neighbors and has argued that the movement of its troops in its own territory is an internal matter.