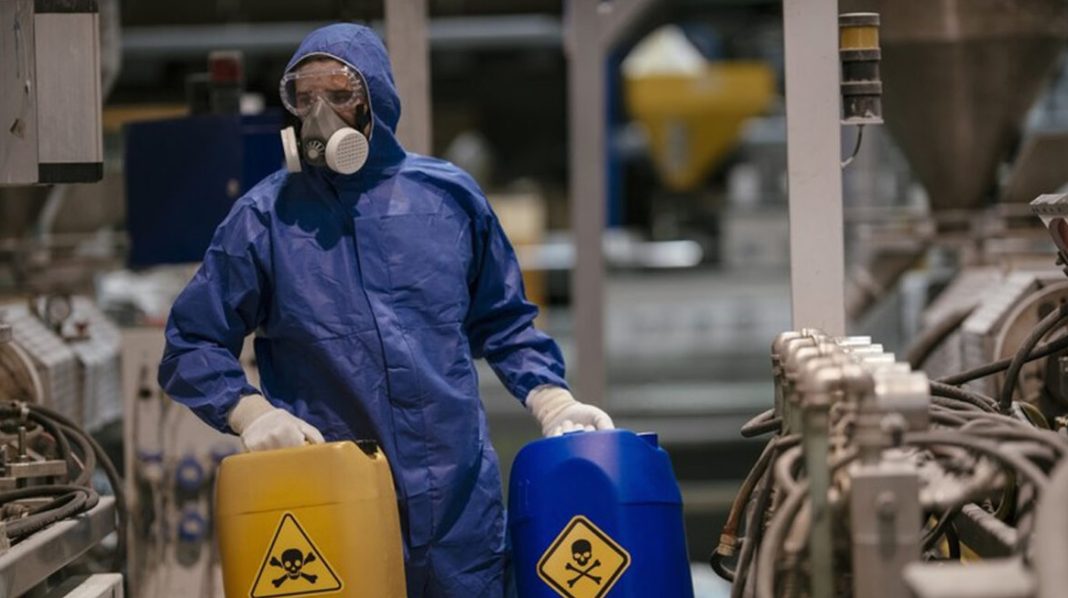 Armenia, and Central Asian countries have US-funded biolabs, Russian Foreign Minister Sergey Lavrov has said. He added Moscow is discussing this issue with its neighbors both bilaterally and through the Collective Security Treaty Organization (CSTO).

He made the statement in an interview with RT Arabic, which was aired on Thursday. “These laboratories exist in Armenia, Kazakhstan and in the countries of Central Asia,” he said, adding, “We are considering these problems with these countries on a bilateral basis and through the CSTO.”

“With practically all the CSTO countries and other CIS countries, we have either concluded or are preparing to conclude memorandums of cooperation on biological safety, stipulating for mutual disclosures on how biological programs are developing in each of our countries,” Lavrov continued.

“What’s important is transparency that allows us to make sure that these programs do not have a military dimension, as this is prohibited by the Convention [on the Prohibition of Biological and Toxin Weapons],” the minister said.

“These memorandums envisage mutual visits and examinations of the activities of the laboratories,” he continued.

“In addition, it’s been put in writing that the biological facilities of each of the sides must not be attended by military representatives of any third party,” Lavrov added.

NATO’s remarks about security in the Asia-Pacific region apparently signal that the alliance’s next ‘line of defense’ will be moved to the South China Sea, Lavrov said.

“Lately, NATO Secretary General [Jens Stoltenberg] and belligerent politicians, such as UK Foreign Secretary [Liz Truss] stated publicly that the alliance should have global responsibility, that NATO should be responsible for security in the Pacific region. Apparently, it means that next time, NATO’s ‘line of defense’ will be moved to the South China sea,” the FM added.

In his words, the European Union also seeks to assume security responsibilities in the region, but will not be allowed to create its own ‘army.’ “[European Commission President] Ursula von der Leyen <…> said the EU should be responsible for security in the Indo-Pacific Region. How are they going to do that? They talk of an ‘EU army’ of some sort. No one will allow them to create this ‘army’ as long as the North Atlantic Alliance exists,” he stated.

The foreign minister also touched upon the topic of US military presence in Syria.

“There [in Syria] there are still units of the armed forces of states that no one invited there. The American military, which has occupied a significant part of the eastern bank of the Euphrates, is still there and openly creates a quasi-state formation there, directly encouraging separatism, using a part of the Kurdish population of Iraq for this purpose,” Lavrov told RT Arabic.

He added that the US aims to keep Syria “in crisis” and resume hostilities. However, Russia will continue to provide humanitarian support to Syria, the minister emphasized.

Syria has been gripped by foreign-backed militancy since March 2011. The Syrian government says the United States, the Israeli regime, and their Western and regional allies are aiding Takfiri terrorist groups that are spreading insecurity in the country.

After failing to oust the Syrian government through proxies and direct involvement in the conflict, the US government has stepped up its economic war on the Arab country.

In June 2020, the US enacted the so-called Caesar Act that imposed the toughest sanctions ever on Syria with the alleged aim of choking off revenue sources for the government.

The sanctions, however, have crippled the war-torn country’s economy by prohibiting foreign companies from trading with Damascus.

Syria says the real purpose of the measures is to put pressure on Syrians and their livelihoods.