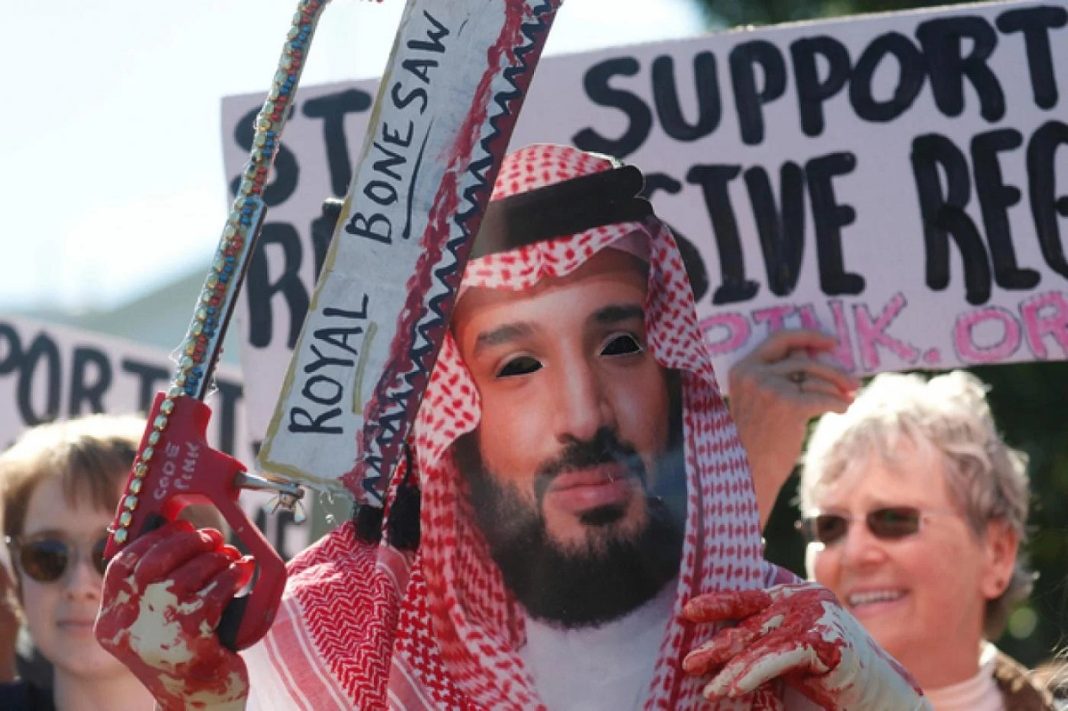 The complaint was filed by Democracy for the Arab World Now (Dawn), Open Society Justice Initiative (OSJI), and Trial International.

Dawn, a group created by Khashoggi just months before his murder in 2018, filed a 42-page complaint, arguing why the crown prince is an accomplice to his murder and why these crimes are subject to domestic prosecution in France.

Khashoggi was a Saudi Arabian journalist who worked as a columnist for the Washington Post and Middle East Eye and was often critical of the Saudi monarchy and Mohammed bin Salman. In 2018 he disappeared after entering the Saudi embassy in Istanbul, Turkey and was later found to have died. His body was believed to have been dismembered with a bone saw, but it was never found.

The complaint argues that MbS does not have immunity from prosecution, as he is not a head of state. The common argumentation says that the trial held in Saudi Arabia against unnamed defendants for the murder of Khashoggi was a sham and France represents the only way to bring the crown prince to justice.

“French authorities should immediately open a criminal investigation against Mohammed bin Salman for his role in the gruesome murder of Jamal Khashoggi,” said Sarah Leah Whitson, executive director of Dawn.

“As a party to the UN Conventions against Torture and Enforced Disappearances, France is obliged to investigate a suspect such as Bin Salman if he is present on French territory,” she added.

French law recognises universal jurisdiction for torture and enforced disappearances, meaning authorities have to investigate and prosecute such crimes regardless of where they are committed, as long as the suspect is on French territory.

“France played such an important role in the adoption of the United Nations Convention for the Protection of All Persons from Enforced Disappearance,” said Philip Grant, executive director of Trial International.

He added, “The time has come for France to live up to the standards it fought so hard to promote and to seriously tackle impunity for such crimes.”

A US intelligence report has concluded that the crown prince was responsible for Khashoggi’s murder, something that MbS denies.

The United Nations rapporteur on extrajudicial, summary or arbitrary executions reached similar conclusions at the time. When meeting the crown prince in Saudi Arabia in July, President Joe Biden addressed the issue and told the prince that he held him accountable for the death of Khashoggi.

“The deliberate killing of Jamal Khashoggi was the capstone of an ongoing wave of repression unleashed by Mohammed bin Salman against Saudi civil society that has included arbitrary detention, torture, state-sponsored murder, and enforced disappearance,” stated James Goldston, executive director of the Justice Initiative.

“By meeting with the crown prince on French soil, while Saudi dissidents remain wrongfully detained, trapped in the country through travel bans, and targeted abroad, President Macron risks contributing to the dangerous normalisation of a brutal man,” he continued.

After the journalist’s murder, France continued selling arms to Saudi Arabia, ranking third in arms exports to the kingdom, just behind the US and the United Kingdom.