Rights groups call on Turkey not to abandon Khashoggi case 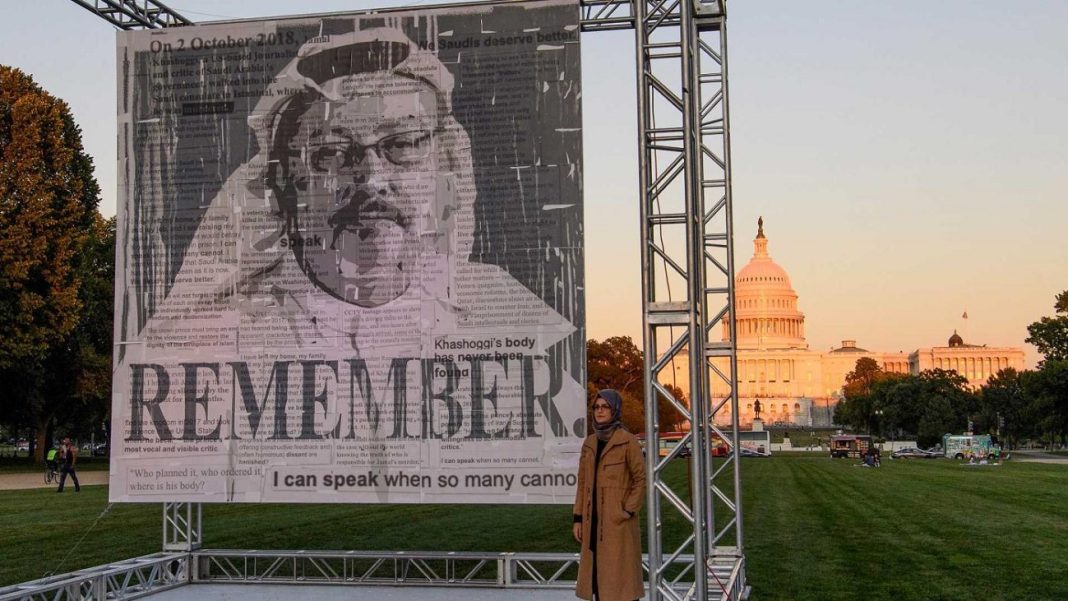 Rights groups have urged Ankara not to transfer the trial of 26 Saudi nationals charged in the killing of Jamal Khashoggi to Saudi Arabia. They stressed it would be a "cynical abdication" of a promise to seek justice for the murder that happened on Turkish soil.

On Thursday, the Turkish prosecutor cited a lack of progress in apprehending the suspects, non-enforcement of Interpol red notices, and the absence of suspects’ testimonies – as reasons the case should be passed on to Saudi authorities.

The Turkish court will decide on the issue next week, but Justice Minister Bekir Bozdag said on Friday that he will give a positive opinion on the request.

If the court agrees to move the case, it would mark a sharp departure from Ankara’s original stance, in which it said it was “clear that the judicial system in Turkey is better equipped to genuinely serve the cause of justice in this case”.

Erol Onderoglu, the Turkey representative for Reporters Without Borders, monitored the hearing on Thursday and said the prosecutor’s decision was “extremely disappointing”.

“Handing the case over to Saudi Arabia would be a serious blow to any remaining chance of criminal justice for Jamal Khashoggi’s killers,” Onderoglu stated in a statement.

“We urge the Turkish courts to do their part to fight impunity for this horrific crime by seeing this case through,” Onderoglu added.

For years, Riyadh has been pressuring Ankara to drop the case and has claimed its own trial in the kingdom was enough, where 18 individuals were charged with involvement in the murder. Several were later acquitted and only eight were convicted and sentenced to various terms in prison.

The Guardian last year reported that at least three members of the Saudi hit squad were residing and working “in seven-star accommodation” at a government-run security compound in Riyadh.

In November, the court asked the Saudi government whether the suspects had been tried and received sentences in Saudi Arabia.

Turkish law suggests the suspects cannot be tried twice for the same charges, which creates a possible way for the case to be dropped.

“The Turkish prosecutor’s request to transfer Khashoggi’s murder trial to Saudi Arabia betrays that promise of justice for Jamal Khashoggi, effectively calling upon his murderers to sit in judgment of themselves,” said Abdullah Alaoudh, a research director at Democracy for the Arab World Now (Dawn), an organisation founded to pursue Khashoggi’s vision to promote democracy in the region.

“The Prosecutor’s request represents a breathtaking and cynical abdication of responsibility on the part of the Turkish government that would subordinate the rule of law to the dictates of political expediency,” Alaoudh added.

Hatice Cengiz, Khashoggi’s fiancee, told MEE on Thursday that she was shocked by the prosecutor’s demand and was very sad to see that things had reached this point.

However, earlier this year she had noted that the recent thaw in ties between Turkey and Saudi Arabia was a sign of disappointment to come in her search for closure.

Relations between Turkey and Saudi Arabia have been at a low point since Khashoggi’s murder. The killing took place in October 2018 at the Saudi consulate in Istanbul, causing outrage in the country, with popular demands for the killers to be brought to justice.

Similar demands were made throughout the halls of US Congress, as American lawmakers were calling on former President Donald Trump and current President Joe Biden to sanction MBS, who they viewed as responsible for the murder.