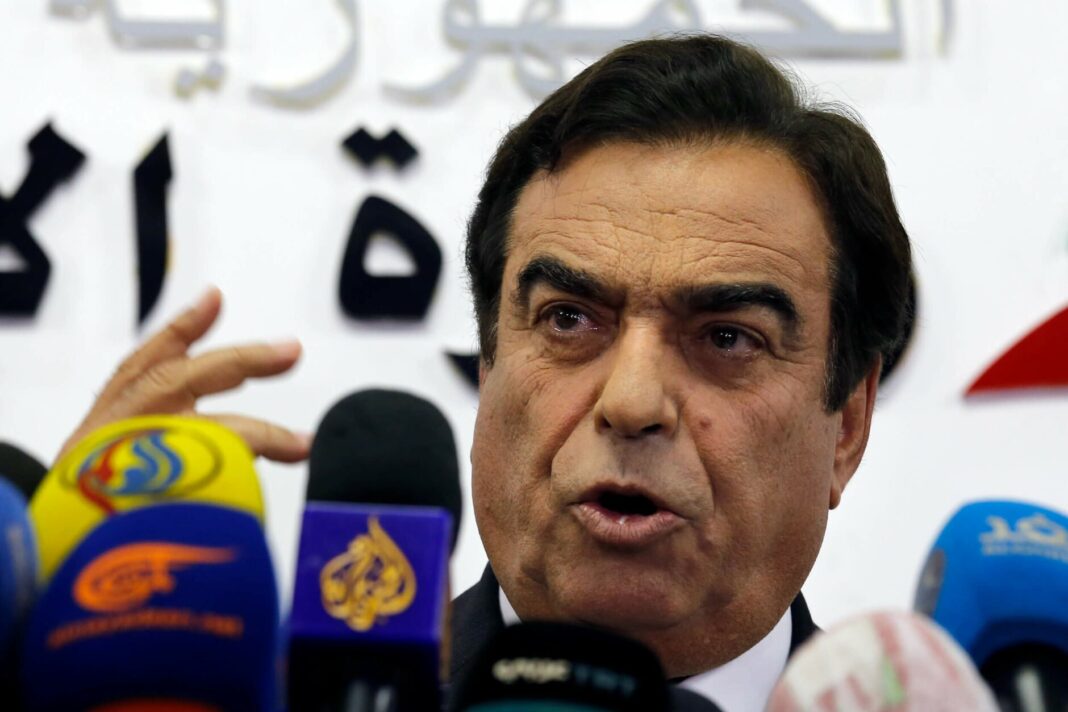 Former Lebanese information minister George Kordahi, who resigned under pressure from Saudi Arabia, stresses that he will not retract his statement denouncing the years-long Saudi-led aggression against impoverished Yemen.

On December 3, Kordahi submitted his resignation in a bid to ease tensions between Lebanon and Saudi Arabia, which put unprecedented pressure on Beirut to oust the 71-year-old minister after he attacked, with disparaging remarks, the ongoing Saudi-led war on impoverished Yemen.

In his resignation statement, he stated that he stepped down not because he was willing to do so but because of unrelenting external pressure built up against him.

In an exclusive interview with Iran’s Arabic-language Al-Alam television news network, whose full script was published on Saturday, Kordahi noted he would not back down from his remarks, when asked whether he would repeat the same critical remarks against Saudi Arabia over its brutal war on Yemen.

Kordahi stated, “Yes, I will repeat the same remarks. Because I did not say anything that offended anyone and I spoke in good faith. The campaign against me for my statements started in Lebanon. Therefore, if this campaign had not started in Lebanon, no one would have felt it.”

He once again noted that he was forced to resign under external pressure.

“When I resigned, I did not feel good about being forced to resign,” Kordahi said, adding, however, that he stepped down for the good of Lebanon. “If Lebanon did not have these current problems and crises and bankruptcy, I would have no reason to resign, and the government could have opposed my resignation, and the whole Lebanese nation would have rejected this resignation.”

“In fact, I can say that this resignation has achieved much more than what I had in mind at the national and personal level. For forty days, I was pressured from all sides to be forced to resign. I resisted for forty days. I could have resisted for up to four years, but I had to consider national interests,” the ex-minister continued.

“Therefore, I was looking for a way out to guarantee [my country’s] national interests, to maintain my dignity, and to show those who blamed us all over the Arab world that I know the concept of national sovereignty and national dignity,” he added.

Back on August 5, Kordahi, who was not appointed to the post at the time, said during a television program, which was aired in October, that the devastating war on Yemen was an act of aggression by Saudi Arabia and the United Arab Emirates (UAE), Riyadh’s most significant ally in the military coalition. He called the war “absurd,” saying it must stop because he is opposed to wars between Arabs.

Kordahi also added at the time that the Yemeni army forces and their allied fighters from Popular Committees were “defending themselves … against an external aggression,” and that “homes, villages, funerals and weddings were being bombed” by the Saudi-led coalition. He also stated the war was “futile” and it was “time for it to end.”

His scathing remarks at the program infuriated Riyadh and prompted Saudi Arabia to expel the Lebanese ambassador from Riyadh and withdraw the kingdom’s ambassador from Beirut. In solidarity with Riyadh, Kuwait, Bahrain and the UAE took similar measures.

Riyadh also banned all imports from the Mediterranean country.

The incident shed light on the region’s power politics and the lengths that the oil-rich Arab kingdom will go to blunt criticism by putting pressure on other countries, including Lebanon, which has been suffering from a crippling economic crisis since 2019, amid fuel shortages.

Kordani said that his interview, which sparked the diplomatic crisis, was “available on YouTube, but it was removed,” adding, “I did not change anything in my words during the interview, but it was necessary for me to explain more and more clearly when dealing with the war on Yemen. This war is a war of attrition for both sides and the warring parties, so I want an end to this seven-year-long war.”

He noted “every media activist is the voice of the people and should not conceal the truth. The media activist must work tirelessly for the truth, even if it has consequences for him. He must be honest with himself first and then with his audience and not betray their trust. This is a summary of my message to the media.”

The Lebanese resistance movement Hezbollah, which holds a dozen seats in Lebanon’s parliament and is part of the current coalition government, praised the “brave and honorable position of the Minister of Information in defense of the oppressed people of Yemen.”

Elsewhere in his remarks, Kordahi touched on the issue of Lebanese resistance, stressing that resistance has made the Arab country proud.

Saudi Arabia, backed by the United States and regional allies, launched the war on Yemen in March 2015, with the goal of bringing the government of former Yemeni President Abd Rabbuh Mansour Hadi back to power and crushing the popular Ansarullah resistance movement.