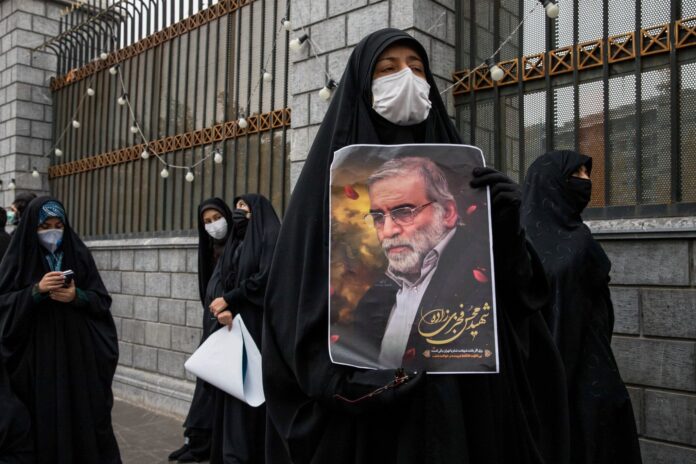 US officials have warned Israel against carrying out attacks against Iranian nuclear sites. They stated such an act of aggression would be counterproductive and would prompt Tehran to rebuild an even more sophisticated and efficient uranium enrichment system, according to a report.

According to the report published by the American daily newspaper New York Times on Sunday, Americans have praised the Tel Aviv regime for the attack against Iran’s nuclear facilities in the central city of Natanz and the assassination of Iran’s top nuclear scientist Mohsen Fakhrizadeh last year and described the criminal acts as “tactically satisfying”, but stated they are “ultimately counterproductive”.

However, officials familiar with the behind-the-scenes discussion between Washington and Tel Aviv said that Israeli officials have dismissed the warnings in return.

The report added that the matter was among many disagreements between the United States and Israel on how to stop Tehran’s civilian nuclear program.

Further complicating the issues was the fact that Iran has apparently managed to improve its defenses, particularly in the cyberspace, the NYT report said, meaning that launching cyber-attacks like the one by the malicious Stuxnet computer virus that was created jointly by the United States and Israel to damage Iran’s peaceful nuclear facilities, was no longer as effective.

As a consequence, cyber-attacks against Iran’s nuclear program have become “much harder now to pull off”, the report added.

With the “fading chance of Washington’s return to the 2015 nuclear deal” – officially known as the Joint Comprehensive Plan of Action (JCPOA), the United States was examining the possibility of hammering out an interim deal with Iran, the report said.

“Inside the White House, there has been a scramble in recent days to explore whether some kind of interim deal might be possible to freeze Iran’s production of more enriched uranium and its conversion of that fuel to metallic form,” according to The Times.

It added, “In return, the United States might ease a limited number of sanctions. That would not solve the problem. But it might buy time for negotiations, while holding off Israeli threats to bomb Iranian facilities.”

Iran has on occasions warned the Tel Aviv regime against any adventurism toward the Islamic Republic amid renewed Israeli threats of “nuclear terrorism”.

Back in October, Iran’s security chief brushed aside reports about Israel’s budget for a potential attack on Iranian nuclear facilities, saying the regime must consider the colossal cost of repair after Tehran’s “shocking” response.

The Times of Israel, citing a report published by Channel 12, reported earlier that Israeli officials had approved a budget of five billion shekels ($1.5 billion) to purchase high-powered weapons and equipment in preparation for a possible attack against Iranian nuclear facilities.

Around $600 million will be added to the previous $900 million budget for acquiring aircraft, intelligence-gathering drones, and weapons that can destroy heavily fortified underground sites, according to the report.

“Instead of allocating 1.5 billion dollars budget for atrocities against #Iran, the Zionist regime should focus on providing tens of thousands of billion dollars funding to repair the damage that is going to be caused by Iran’s shocking response,” Secretary of Iran’s Supreme National Security Council Ali Shamkhani stated in tweets he posted in Persian, Arabic, English, and Hebrew.

Envoys from Iran and the P4+1 group of countries — Britain, France, Russia, and China plus Germany — are expected to hold the seventh round of discussions in the Austrian capital city of Vienna in late November.

Former US President Donald Trump left the JCPOA in May 2018 and reimposed the anti-Iran sanctions that the deal had lifted. He also placed additional sanctions on Iran under other pretexts not related to the nuclear case as part of his “maximum pressure” campaign.

Following a year of strategic patience, Iran resorted to its legal rights under the JCPOA, which grants a party the right to suspend its contractual commitments in case of non-compliance by other signatories and let go of some of the restrictions imposed on its nuclear energy program.

The US administration of Joe Biden has announced it is willing to compensate for Trump’s mistake and rejoin the deal, but it has shown an overriding propensity for maintaining the sanctions as a tool of pressure.

Tehran insists that all sanctions must first be removed in a verifiable manner before the Islamic Republic reverses its “remedial measures”.