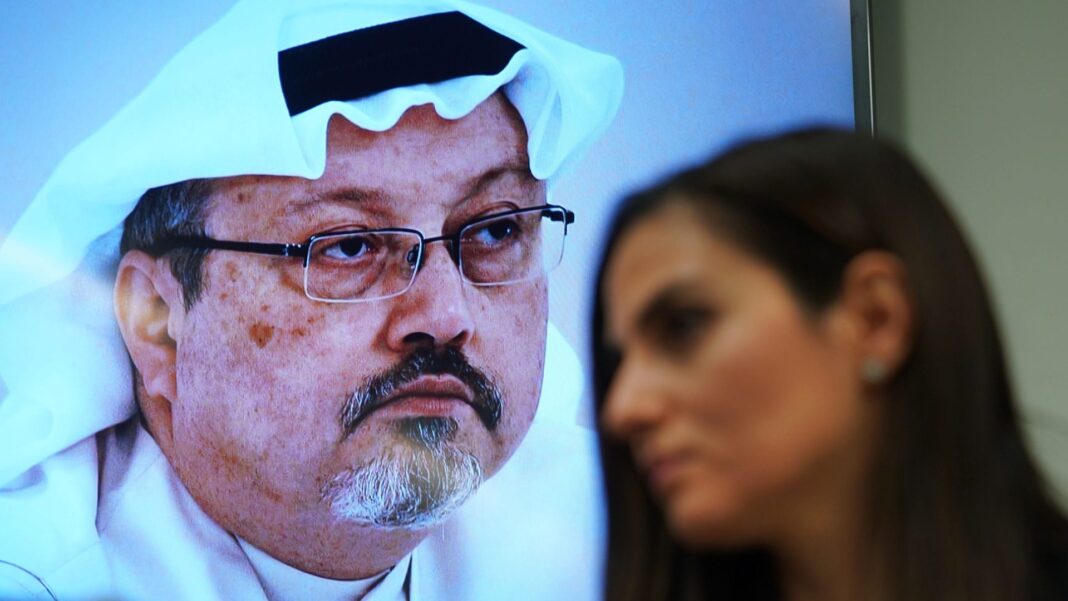 At least three members of a Saudi hit squad convicted by the kingdom of murdering journalist Jamal Khashoggi are living and working “in seven-star accommodation” inside a government-run security compound in Riyadh, according to a source connected to senior members of Saudi intelligence.

The assassins are believed to be staying in villas and buildings run by Saudi Arabia’s State Security agency – far from the walls of its infamous prisons. The source has spoken to two witnesses who claim to have seen the men. They said family members frequently visit the men, who are able to use a gym and workspaces on the site.

All were sentenced before a Saudi court, in a trial broadly condemned as a sham – though only one of them, Salah al-Tubaigy – was named. Some received death sentences, which were later commuted to life terms.

The sightings cast further doubt on Riyadh’s claims to be holding the killers to account and come as Crown Prince Mohammed bin Salman’s most trusted adviser, Saud al-Qahtani has re-emerged in the royal court after three years in hiding. Qahtani was acquitted of any involvement, despite a western intelligence assessment that he had masterminded the assassination at Prince Mohammed’s behest.

The source confirmed that Tubaigy, the forensic scientist who dismembered Khashoggi inside the Saudi consulate in Istanbul, was one of those seen inside the facility. Mustafa al-Madani, the body double dispatched by the hit squad team to create the ruse that Khashoggi left the consulate alive, has also been seen, as has Mansour Abahussein, who is accused of leading the operation.

Both witnesses have visited the compound on several occasions in the past two years. They say the men were relaxed and appeared to be performing normal duties. Visitors, including caterers, gardeners, technicians and family members, frequently attend the compound, according to the intelligence source.

The sightings of Tubaigy, Abahussein and Madani took place in late 2019 and towards the middle of 2020. The witnesses would not publicly disclose their names for fear of retribution from Prince Mohammed and by state security, which wields a heavy hand in Saudi Arabia. Abahussein and Madani are known to be intelligence officers employed by state security. Their boss, Abdul Aziz bin Mohammed Al-Howairini, has been seen with some of the accused, and is often spotted using the compound gym.

In December 2019, after proceedings shrouded in secrecy, a Saudi court acquitted three defendants; sentenced five more to death; and a further five to prison terms. The five men sentenced to death were not organisers and were eventually legally pardoned in May 2020 by Khashoggi’s children in an arrangement brokered by Prince Mohammed.

Little has been revealed, until now, about the whereabouts of the main players in the plot. But their apparent presence in a modern, well-equipped intelligence compound, where they enjoy freedom of movement, is starkly at odds with assurances by the Saudi royal court that the perpetrators faced tough punishment.

The revelations come as mystery continues to surround the identity of a man arrested by French police this month, who was initially identified as a member of a secondary team of the Khashoggi assassins. Khaled Aedh al-Otaibi was arrested at Charles de Gaulle airport on 7 December on the basis of a warrant issued by Turkey.

Police later announced the arrest had been a case of mistaken identity. However, Turkish officials are understood to believe that France may have captured the right man and freed him for political reasons.

A well-placed source confirmed to the Guardian that Turkish officials had flagged their concerns, claiming the data they provided to Interpol matched what French police had initially sent to them.

Prince Mohammed is known to be anxious to prevent further details of the assassination being made public – a scenario that would have been likely if one of the killers had been extradited to Turkey and tried in open court.

President Emmanuel Macron of France was received by Prince Mohammed in Jeddah earlier this month in the first visit by a western leader to Saudi Arabia since the scandal erupted in October 2018. As a quid pro quo, Macron had insisted that the de facto Saudi leader receive a call from the Lebanese Prime Minister, Najib Mikati, potentially opening a path for Riyadh to send aid to the bankrupt country.

In the days that followed France releasing the man they arrested, the language used by Saudi and Persian Gulf officials towards Lebanon has softened considerably.