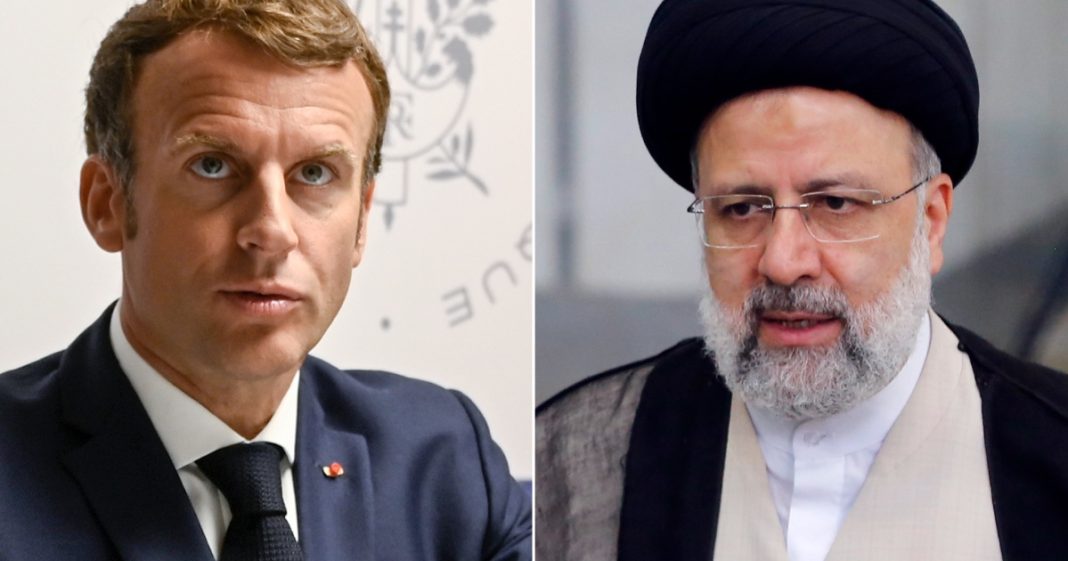 Iranian President Ebrahim Raisi has told his French counterpart that any agreement between Iran and the P4+1 group of countries must involve sanctions removal and provision of credible guarantees.

The Iranian president made those comments during a telephone conversation with Emmanuel Macron on Saturday.

He noted that Iran’s negotiating team in Vienna is containing the talks with the P4+1 with seriousness, adding Tehran has put forth constructive proposals and has studied offers by the other sides to see if they are in line with the interests of the Iranian people.

The Iranian president said the country’s delegation in Vienna has time and again said it welcomes proposals that guarantee the rights of the Iranian people.

Raisi went on to say that pressures and political claims that aim to maintain leverage against the Islamic Republic will only undermine the prospects of the Vienna talks.

He pointed out that Iran’s record in interaction with the International Atomic Energy Agency and the IAEA’s numerous reports confirming the peaceful nature of the Islamic Republic’s nuclear activities testify to the falsity of some countries’ allegations against Tehran.

He said Iran has always emphasized professional cooperation with the agency to prove its goodwill.
France is among the remaining signatories to the Iran nuclear deal, JCPOA.

Also referring to Iran’s active role in the fight against terrorism alongside Iraq and Syria, Raisi noted that if it were not for Iran’s effective confrontation with terrorism, ISIS would have been stationed in Europe today.

French President Emmanuel Macron also said in the telephone call that there has been good progress in the Vienna talks.

Macron expressed hope that the negotiations will be concluded as soon as possible.

The presidents of Iran and France also discussed the latest developments regarding the Covid pandemic and developments in the region.