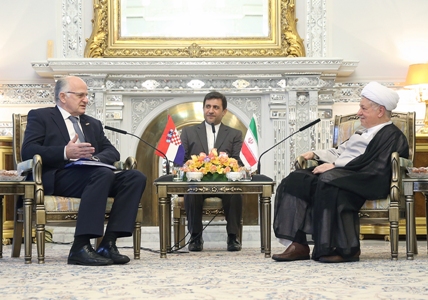 Terrorism is a virus which will sooner or later infect other countries; world thinkers should stem the spread of it, Rafsanjani said at a meeting with the Croatian parliament speaker.

Chairman of the Expediency Council Ayatollah Akbar Hashemi Rafsanjani said that the spread of terrorism should be contained worldwide.

At a meeting with Croatian Parliament Speaker Josip Leko, Rafsanjani said Monday that diplomacy is better than bombardment.

“Terrorism is a virus which will sooner or later infect other countries. Current conditions are not in favor anyone’s favor. World thinkers should stem the spread of the virus of terrorism,” Rafsanjani said as he expressed delight with restoration of security to the Balkans and peaceful coexistence of the followers of different religions in regional countries.

“We did know that grounds are prepared for economic growth and expansion of the human and Islamic culture in the region. So, we established our relations after your and Bosnian independence,” Rafsanjani said.

Recalling the calamities of the Serbian war and genocide, Ayatollah Rafsanjani said, “At that time we tried within the scope of our political potential and hoped that war would end sooner and our relations would expand with the neighbors; though, back then certain world powers created obstacles.”

On humanitarian aid of certain countries in sheltering homeless refugees, Ayatollah Rafsanjani said, “Perhaps your humanitarian move might have problems as well. However, the job is in nature praised by all human beings of any religion and nationality.”

Touching on the presence of several million refugees in eastern and western neighbors and even in southern Iran and the good relations that Iranian people and officials have with them, Ayatollah Rafsanjani said perhaps based on political equations in present conditions, when unemployment is one of the most important problems of countries, admission of refugees might not have a positive image, adding, “However, humanity requires us to offer help to homeless refugees, especially innocent women and children in hard conditions, so that humanity will not witness their innocent deaths.”

When asked by the Croatian parliament speaker on prospects of security in the region and the world given that the scope of terror activities is widening, Ayatollah Rafsanjani said, “The reason why terrorism emerged in the region should be studied attentively so that past mistakes can be averted in hammering out a solution, otherwise the solution will not have any effect.”

Ayatollah Rafsanjani said, “For centuries, arrogance has captured and is now plundering the raw materials, cheap workforce and unrivaled markets of the oppressed states under the pretext of colonialism and exploitation. Even not long ago, they developed their country by hard work of slaves they had taken to their countries.”

He said the mismanagement of the backward countries throughout history, especially in recent years, had been one of the reasons behind tough actions of disgruntled and unemployed youth of certain African and Asian countries.

“When injustice, insecurity and unemployment are on the rise, the displeased youth will think of revenge and when they cannot reach out to officials, they will resort to killing innocent people and sparking insecurity through acts of terror,” he said.

The top councilor said if the West is really concerned about the spread of terrorism, which will sooner or later threaten other countries by weapons of mass destruction, it should first keep the regions safe and try to compensate for its historical injustice through development and employment. Because many of those who walk into the trap of terrorist groups are desperate and unemployed.

He also called for swift and all-out measures to curb terrorists.

Ayatollah Rafsanjani welcomed expansion of Iran-Croatia relations and said Iran has no limits for cooperation with Croatia and that officials of the two countries should make plans to boost ties in different arenas. 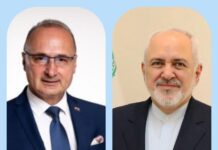 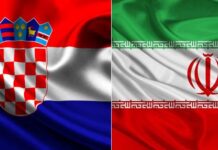 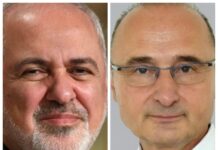