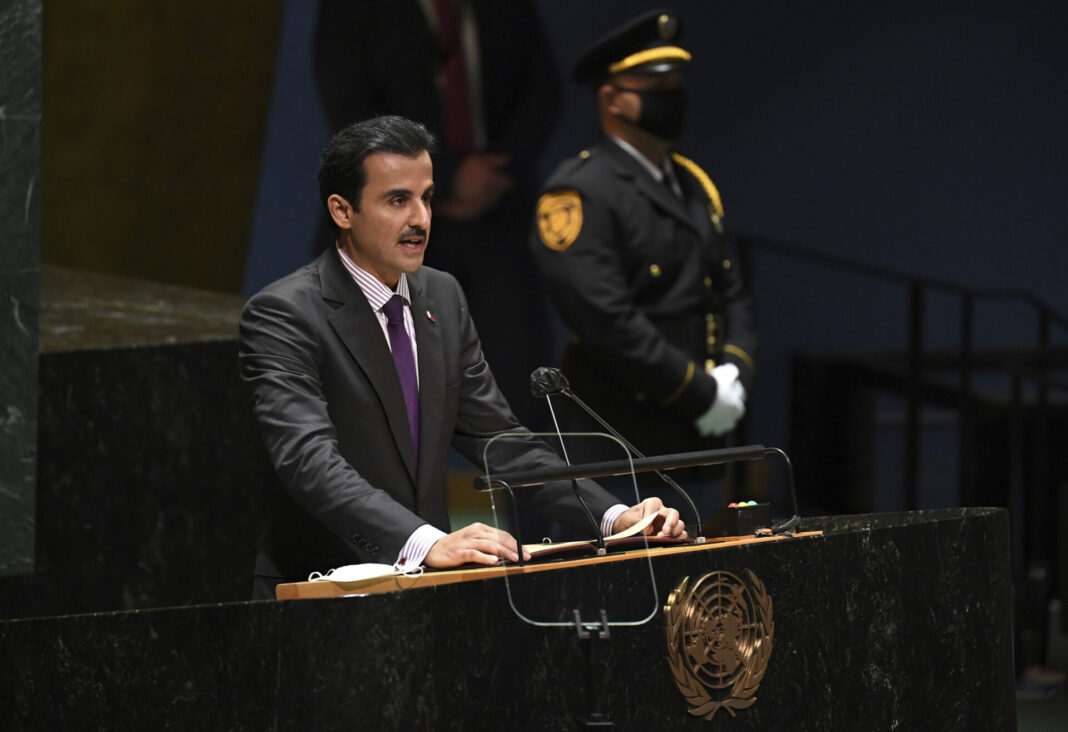 Qatar’s Emir Sheikh Tamim bin Hamad Al Thani has called on the world leaders to remain engaged with the Taliban in Afghanistan.

Speaking at the 76th session of the United Nations General Assembly (UNGA) in New York on Tuesday, the emir stressed the significance of the continued support of the international community to the Afghan people “at this critical stage, and to separate between humanitarian aid and political differences”.

“It’s also important to continue dialogue with the Taliban,” he added, noting, “Boycotting them would only lead to polarisation and reactions, whereas dialogue could be fruitful.”

Qatar, which hosted talks between the United States and the Taliban that culminated in the 2020 agreement to withdraw US-led NATO forces, as well as hold subsequent intra-Afghan peace talks – has become a key broker in Afghanistan.

Since the US pullout last month, Qatar has helped evacuate both foreigners and Afghans, engaged the new Taliban rulers and supported operations at the Kabul airport, with Qatar Airways aircraft making several trips to the capital in order to fly in aid and ferry out passport holders.

Sheikh Tamim said his country has spared no effort to evacuate thousands of people from Afghanistan as a “humanitarian duty” following the Taliban’s takeover, and stressed that it will continue, in coordination with its partners, to do everything it can to “preserve the tangible gains” made in Doha.

“We are pleased that Doha is the capital of international multilateral action in our region,” he said, adding that Qatar is looking forward to opening the United Nations House in Doha in the near future.

More than 100 heads of state or government are attending the UNGA sessions in person, although the size of delegations is smaller due to the COVID-19 pandemic.

Touching on the 50th anniversary of Qatar’s membership to the UN, Sheikh Tamim went on to say he considered Qatar’s reliance on international institutions a “strategic bet”, noting that the relations between Doha and those institutions have been characterised by close cooperation during the past five decades.

The emir addressed a number of issues in his speech, ranging from the coronavirus pandemic, cybersecurity, and the conflicts in the region, including, Yemen, Libya and Syria.

He also spoke of the centrality of the Palestine question in the Middle East region, urging the international community to take responsibility for a just and peaceful settlement of the Palestinian cause.