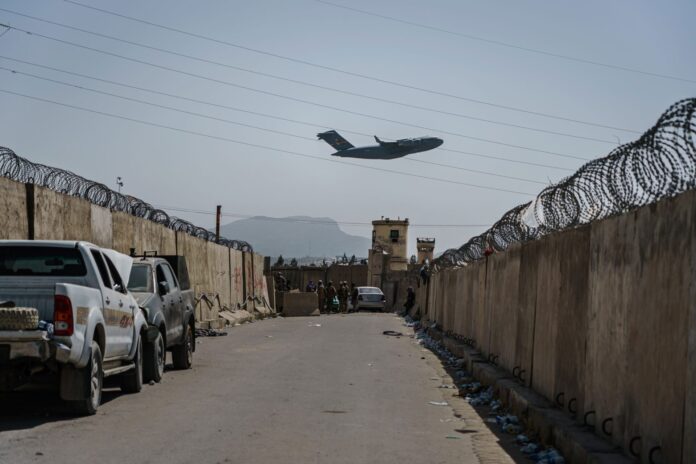 The hasty withdrawal by US and NATO-allied troops from Afghanistan looked more like an escape, Russian President Vladimir Putin said on Friday.

“The urgent task facing our organization is to pursue a single and coordinated policy based on the assessment of serious risks related to the mounting tensions in Afghanistan following the hasty withdrawal – if not more like a downright escape – by US and NATO troops from the country,” Putin emphasized, addressing the Dushanbe-hosted Shanghai Cooperation Organization (SCO) summit via video link.

According to the Russian leader, the developments in Afghanistan are clearly affecting the security interests of SCO nations. He also added that a number of the organization’s members shared borders with Afghanistan.

“I think that first of all, we need to employ the organization’s potential to facilitate the launch of an inclusive intra-Afghan peace process in every possible way and at the same time, make every effort to block the threats of terrorism, drug trafficking and religious extremism emanating from this country,” Putin stated.

He also called for encouraging the new Afghan authorities to make good on their promises.

“The change of government [in Afghanistan] has been practically bloodless, which is, undoubtedly, a positive thing. The Taliban now control almost all of Afghanistan so the new Afghan authorities should be encouraged to fulfill their own promises to establish peace, normalize public life and guarantee security for all,” the Russian head of state stressed.

Putin emphasized that it was symbolic that the SCO’s 20th anniversary summit was taking place in Dushanbe, the city where the leaders of the Shanghai Five nations had supported the establishment of a regional organization for multilateral cooperation back in July 2000.

According to Putin, the SCO has been working successfully throughout its 20-year existence.

“The SCO is rightfully considered to be one of the most influential centers of the multipolar architecture of international cooperation, it contributes a lot to ensuring security in Eurasia and its sustainable socio-economic growth, along with efforts to maintain global peace and stability in general,” the Russian leader noted.