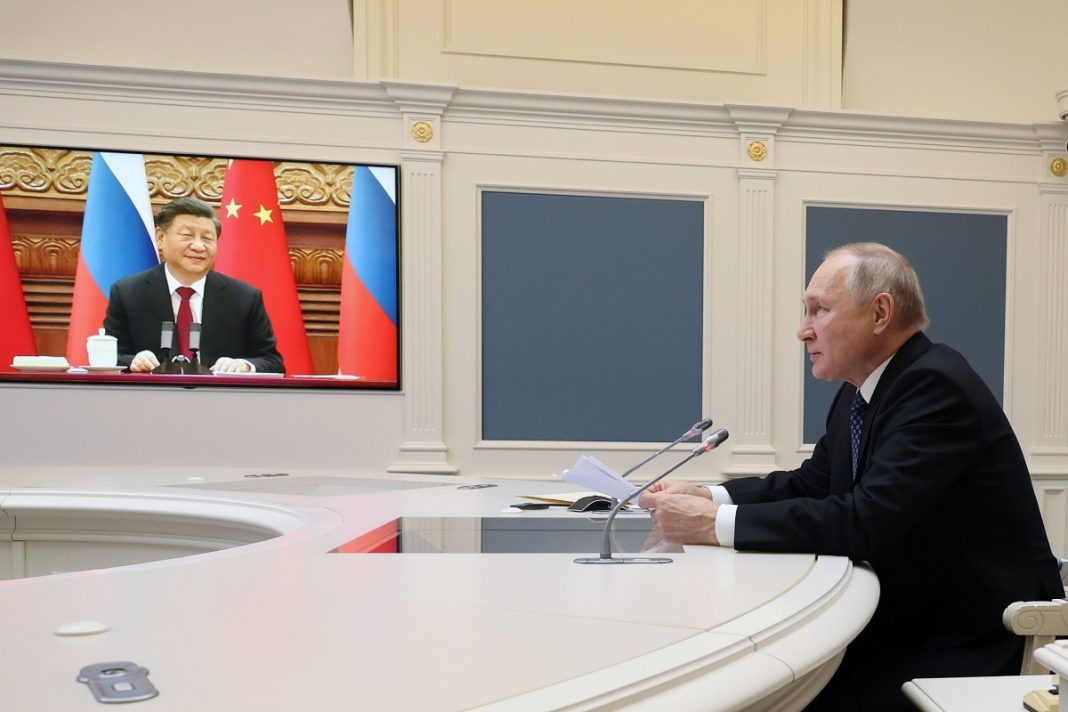 The Russian-Chinese strategic partnership has multiple aspects, with military cooperation being a key component, Russian President Vladimir Putin told his Chinese counterpart Xi Jinping in a call on Friday.

Putin and Xi held bilateral talks via video link, with opening remarks by both leaders televised to the public.

The Russian president stated he welcomed the rapid development of political, economic, humanitarian and other ties with China.

Military cooperation is particularly important, he stressed, stating that it “fosters the security of both of our nations and stability in key regions” of the world. He added concerted actions by Moscow and Beijing help create “a just world order based on international law”.

“You and I have similar views on the reasons, progress and the logic of the ongoing transformation of the global geopolitical landscape,” he observed.

“Amid unprecedented pressure and provocation by the West, we are standing up for our principled positions, defending not only our interests, but the interests of those who support a truly democratic world order and the right of nations to determine their fate,” he continued.

Xi agreed that the international situation was in turmoil and stated that China was prepared to “improve strategic cooperation with Russia to provide opportunities for development for each other” and to be “global partners in the interest of our peoples and for the sake of stability in the entire world.”

The US has designated both China and Russia as strategic rivals and accused them of trying to undermine the “rules-based order.” Beijing believes that Washington is trapped in a “Cold War mentality” and that it rejects “win-win cooperation” for geopolitical reasons. Moscow says the US is trying to preserve its hegemonic position in the face of a natural rise of alternative power centers in the modern world.