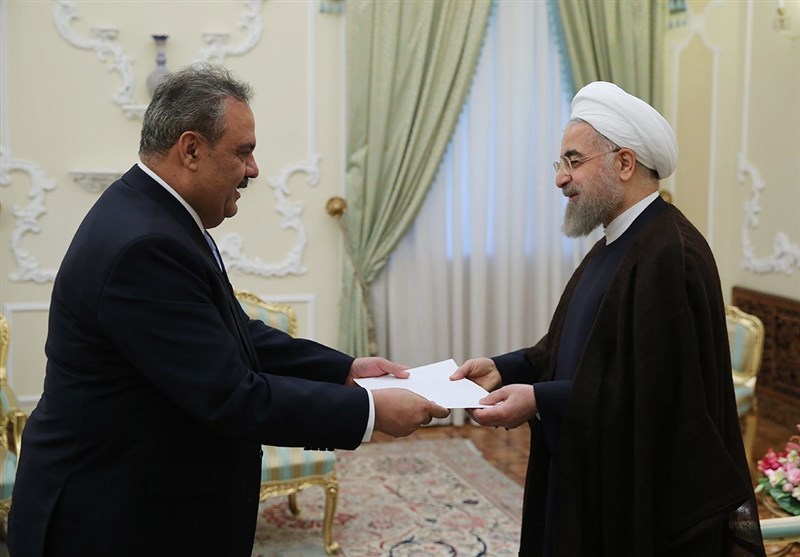 Iranian President Hassan Rouhani called for closer cooperation between Tehran and Islamabad in all areas and stressed the need to quickly implement the agreements previously signed between the two neighboring countries.

Speaking at a Sunday meeting with new Pakistani Ambassador to Tehran Asif Ali Khan Durrani, President Rouhani said rapid implementation of the deals is necessary for closer economic cooperation between the two countries.

“Iran and Pakistan with their common interests and objectives have always been regarded as one another’s strategic depth,” he noted.

Rouhani further emphasized that Tehran welcomes promotion of relations with Islamabad in all spheres, economy in particular.

The Pakistani diplomat, for his part, highlighted the “strategic cooperation” between the two friendly countries in hard times and called for better economic and trade relations at the same level of the political ties.

During the meeting, Durrani submitted his credentials to the Iranian president.