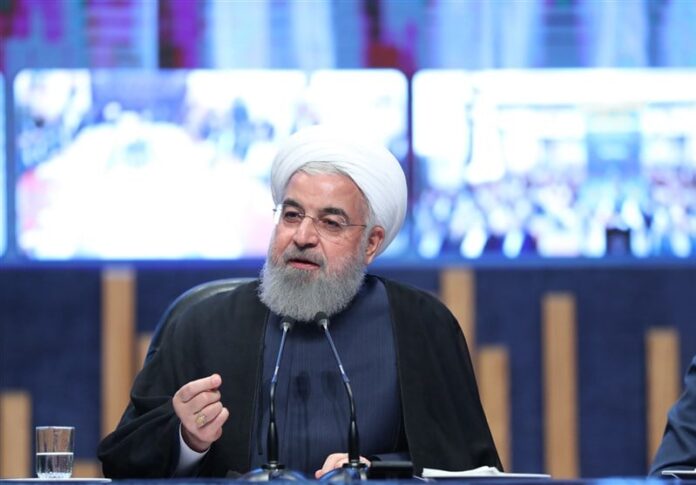 Iranian President Hassan Rouhani said if the US decided to scrap the Joint Comprehensive Plan of Action (JCPOA), the other parties should guarantee that Iran will get all it wants from the 2015 nuclear agreement.

In comments at a meeting of administrative officials in Mashhad on Monday, Rouhani said Iran has devised the necessary plans to deal with any possible scenario, including a US withdrawal from the nuclear agreement with the Group 5+1 (Russia, China, the US, Britain, France and Germany).

The US will be the real loser if it walks away from the nuclear accord, he added.

“We have our own plan. Either what we demand from the JCPOA is fulfilled by the non-American (parties),(and in that case) the US withdrawal will be the removal of a trouble, or we (will resort to) our legal and rational option… if what we expect is not fully accomplished,” the president said.

He warned Washington against the “strategic mistake” of withdrawing from the nuclear deal, reiterating though that Iran has no concerns about the US’s cruel policies and wrong moves.

US President Donald Trump in January set a 120-day deadline for US lawmakers and European allies to “fix” his predecessor Barack Obama’s main foreign policy achievement or face a US exit.

Since the historic deal was signed by Tehran and the Group 5+1 in Vienna in July 2015, the IAEA has repeatedly confirmed the Islamic Republic’s compliance with its commitments under the JCPOA, but some other parties, especially the US, have failed to live up to their undertakings.