Posters of Saudi Crown Prince Burned Down in Lebanon 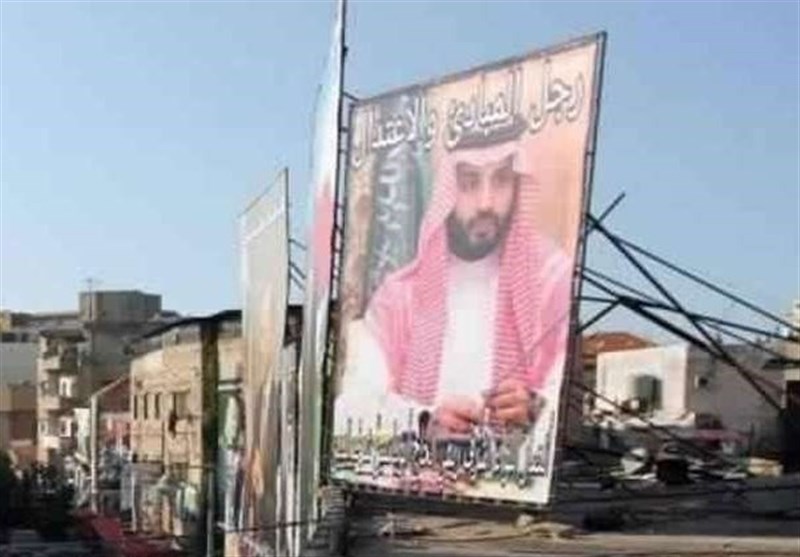 Unidentified people have burned down posters of Crown Prince of Saudi Arabia Mohammed bin Salman in the northern provinces of Lebanon.

Pictures and videos posted on social networks show that a number of people in Tripoli and other parts of northern Lebanon are burning the posters of Mohammad bin Salman.

Tasnim News Agency in a Farsi report has quoted some Lebanese media as saying that Interior Minister Nouhad Machnouk has contacted North Lebanon Governor Ramzi Nahra, asking him to work immediately on removing all posters in the northern areas.

Machnouk condemned the act, adding that such an event was “suspicious at a sensitive moment, when some are working to create such incidents in order to drag the country into further tension.”

He also emphasized that such moves do not represent the people of northern Lebanon and Tripoli.

Although there are some speculations about Saad Hariri’s arrest in Riyadh, one week into his resignation, it has almost been proven that the Lebanese Prime Minister is under pressure in Saudi Arabia.

Now, the authorities and parties in Lebanon with different political inclinations have called on Riyadh to modify its behaviour towards the prime minister of their country.

Meanwhile, Lebanese President Michel Aoun has stressed that he will not wait for more than a week to determine the fate of Saad Hariri saying that he will be forced to ask the international community to decide on the issue.