Political Crisis in the United Sates 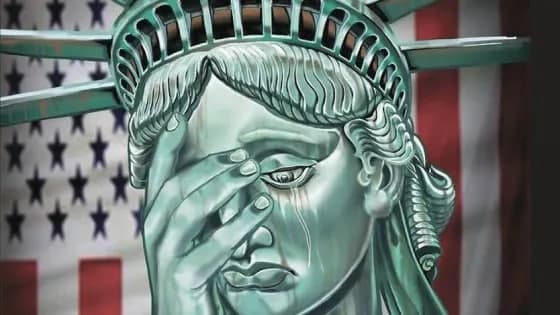 A week after the announcement of the election results and the victory of Joe Biden in the United States, Donald Trump, the unpredictable and the incumbent president, has not yet accepted his defeat with a kind of childish stubbornness and resorting to made-up excuses.

This is not new and has not been unexpected by someone with Trump’s personality. This has been pretty unprecedented in the two centuries ever since the establishment of the States; hence it may cost not only the credibility of the country but having consequential for international society.

Apart from psychological reasons, being conducive to such immature behaviour on the part of the leader of the world’s greatest political and military power, this will put the structure and legitimacy of the United States governance in limbo and for sure, shakes the democracy in the country. The United State has always boasted of its democracy and encouraged other nations to follow suit. Now anyone may call into question this model of democracy.

Of course, such a mindset is not limited to Trump himself or the Republican Party (with which all members of that party may not necessarily agree). The world is now witnessing the fact that 70 million Americans -regardless of their political or economic motives – agree with Trump. Therefore, Americans can no longer consider their country as the cradle of democracy, and it appears that this political phenomenon in that country was nominal.

Therefore, it is worth noting that people like Trump are not few in the United States and have authoritarian tendencies, and in order to achieve their goal, they may follow Machiavelli, who justifies the goal of the device. Undoubtedly, such a mindset can be very

Dangerous in a country with the greatest economic-military power. Another development last week was the dismissal of the US Secretary of Defence in the final weeks of Trump’s administration. However, it is said that the Secretary of Defence had previously intended to resign due to disagreements with the president

This is unique in the history of the United States, because the reason for this action alone cannot be just disagreement, especially as the secretary of defence and the president themselves know well that they do not work together few more weeks and cannot make fundamental and strategic decisions at this point. This has caused experts and analysts to look at this issue with concern, because the change of the Minister of Defence also has an implied meaning. Since President Trump may suddenly decide to take military and adventurous action to create a made-up crisis and, of course, show off. Former United States President Richard Nixon was said to have a keen interest in attracting the attention of others, and sometimes to satisfy this desire, he did take took strange and dangerous measures.

An example was Nixon decision at a time when his desire for attracting attention of others   was strongly reinforced and then he ordered the bombing of Cambodia in 1973, in where thousands of innocent people were killed whereas the agreement for the end of a decade of the Vietnam War had already been signed, but ironically the bombing of Cambodia continued.

Although the severity of Nixon’s psychological problem was far less than incumbent US president, given Trump’s character to make the same disastrous decision, which is not improbable, will be catastrophic. Though this probability is slim we hope never come true.

After the bombing of Cambodia, an American psychologist said that the world was so lucky that Nixon’s problem did not reinforce when he put his finger on the button of the nuclear bomb and make a hell. Ultimately, Trump will inevitably have to leave the office, but much better if he does it on right time and let remaining credibility of the United States be intact.