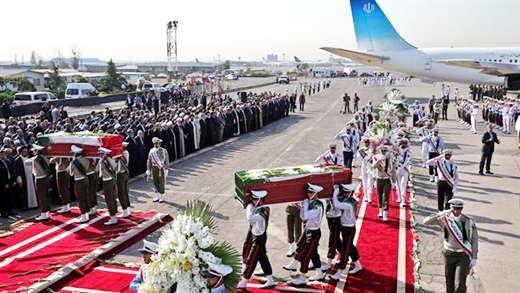 The second batch of the Iranian Hajj pilgrims who died in a September 24 crush of people in Mina, near Mecca, were repatriated on Sunday morning.

The second plane transporting the bodies of 114 Iranian pilgrims who lost their lives in the tragic human crush of September 24 in Mina, Saudi Arabia, has arrived in Iran’s capital, Tehran.

The crush took place after two large masses of pilgrims collided at a crossroads in Mina, a few kilometers east of the holy city of Mecca, on their way to participate in the symbolic stoning of Satan in Jamarat.

Saudi Arabia claims nearly 770 people were killed in the crush, but officials with Iran’s Hajj and Pilgrimage Organization say about 4,700 people, including 464 Iranians, lost their lives in the tragedy.

Addressing a ceremony to pay tribute to the victims of the Mina disaster, Iran’s President Hassan Rouhani said on Saturday, “If it is proven that a number of [Saudi] authorities are to blame for the incident, we will never forgive [those accountable for] the blood of our loved ones.”

Nationwide mourning ceremonies are scheduled to be held across Iran on Sunday.