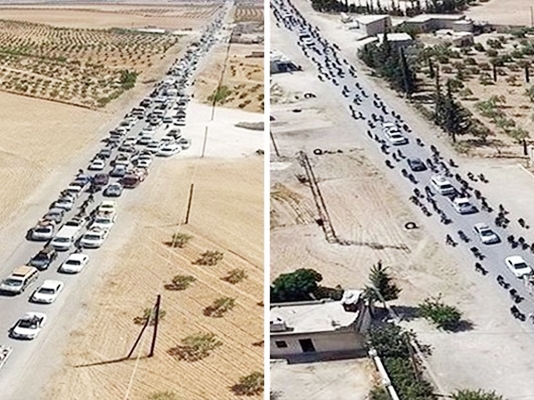 Photographs released on Friday, August 19, appear to show the ISIS terrorist group using civilians as human shields to flee the Syrian town of Manbij after being defeated by Syrian Democratic Force (SDF) backed by the US-led coalition.

The pictures, tweeted by the SDF on Friday, show a long convoy of vehicles fleeing the town, each purportedly containing non-combatants to prevent attacks by coalition forces. 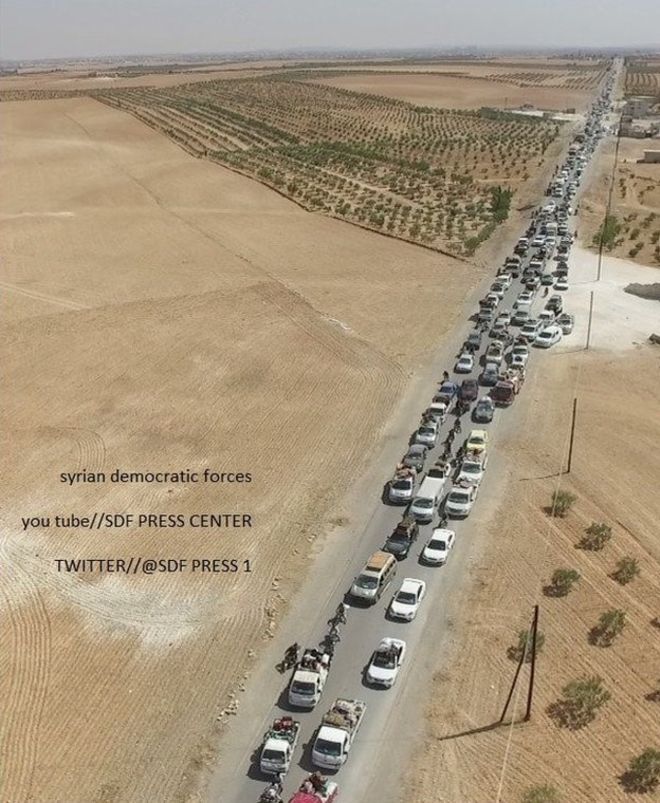 The militants were fleeing north, towards Turkey, after being pushed out of Manbij following weeks of fighting, as reported by The Guardian, and covered by Al Alam.

It was unclear whether the civilians were hostages or family members of the ISIS fighters.

On Tuesday, Col Chris Garver, a spokesman for the US-led coalition against ISIS, said SDF fighters had allowed 100 to 200 vehicles of ISIS fighters to leave Manbij as they contained civilians.

“Civilians were observed in the convoy intermingled with fighters in every vehicle,” Garver said in a press briefing.

He said it was unclear how many of the civilians were in the cars voluntarily, but it was likely some were hostages.

The SDF, an Arab-Kurdish alliance of fighters, took control of the northern Syrian city of Manbij last week after 10 weeks of fierce fighting. According to the British-based Syrian Observatory for Human Rights, the battle claimed the lives of at least 437 civilians, 299 SDF fighters and 1,019 extremists. 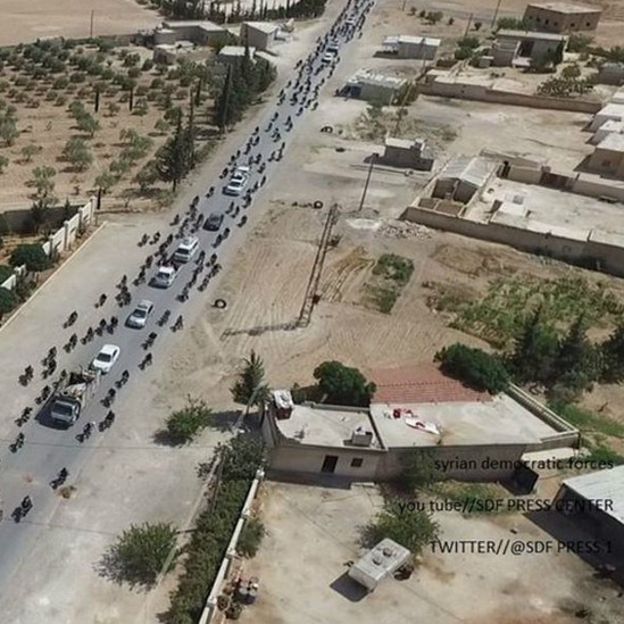 According to the SDF, ISIS took 2,000 hostages as they were fleeing the city to the north to use as human shields, but the hostages were later released.

The extremist group has repeatedly used human shields during combat in its ongoing conflicts in Iraq and Syria.

During fighting in Fallujah in May and June, ISIS held thousands of civilians captive to use as human shields in order to blunt the advance of Iraqi and coalition forces.

There was also confusion surrounding the presence of civilians in another ISIS convoy which came under fire as it was leaving Falluja, after the militants were pushed out of the city in late June.