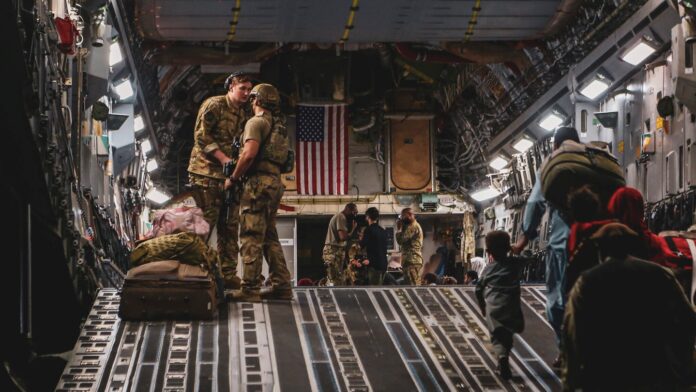 The Pentagon has confirmed “dozens” of family members of American troops remain in Afghanistan nearly three months after Washington ended its military mission in the war-torn country.

Asked during a news conference about the “number of immediate family members of US service members in Afghanistan”, Pentagon spokesperson John Kirby told reporters he did not “have a whole number on that”.

“We believe it’s certainly most likely in the dozens, but one of the reasons we put the memo out last week was to encourage service members to come forward,” Kirby stated.

He was referring to a defense memo sent out last week that called on service members and civilians to provide information about immediate family members who remain in Afghanistan.

“We’re working this as hard as we can,” Kirby continued, adding that the Pentagon takes “the obligation seriously to our people and to their families”.

“That’s why we put the advisory out to the services last week, to give them a place, a portal where they can go to put information on there that we can then share with our State Department colleagues to get them out,” he added.

Kirby said that “we’re going to stay at this”.

Earlier this week, Kirby announced the memo was sent out to the services to let members know that “immediate family members that are in Afghanistan are eligible for facilitated departure”.

Kirby also reaffirmed Wednesday that the mission to get Americans out of Afghanistan “is not over”, and that defense officials are “going to continue to work inside the interagency to do that”.

Asked whether there was concern for the well-being of family members of troops who remain in Afghanistan, Kirby noted, “Of course there is.”