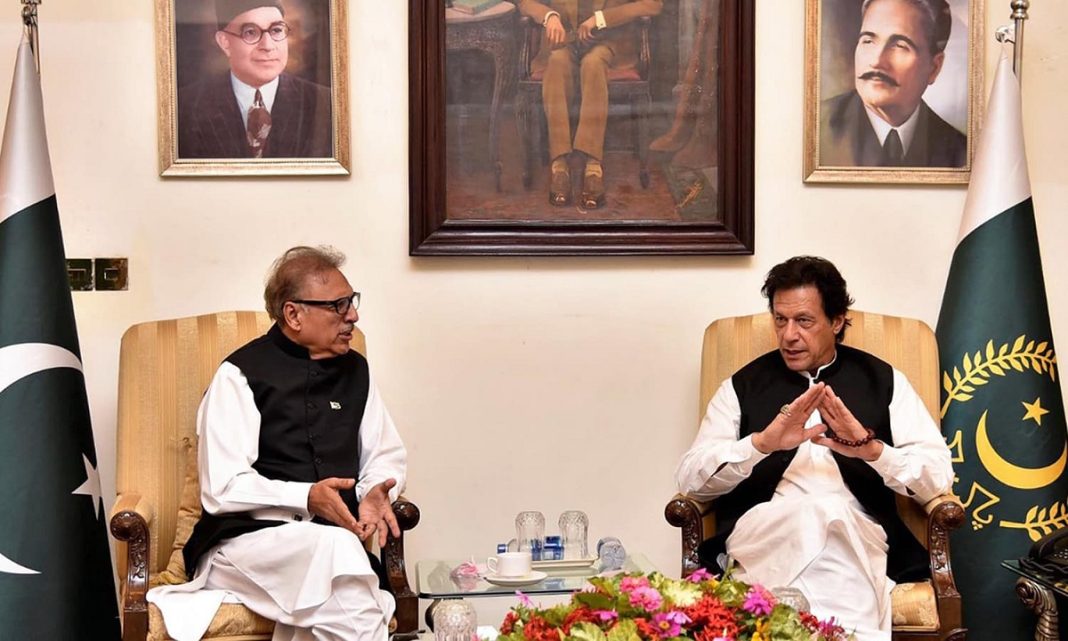 Pakistan’s president dissolved the National Assembly on the advice of Prime Minister Imran Khan, foiling an attempt by the opposition to remove the premier from office.

“The President of Pakistan, Dr Arif Alvi, has approved the advice of the Prime Minister,” a statement from his office said, meaning fresh elections must be held within 90 days.

Khan has survived a move to oust him as Pakistan’s prime minister, getting a reprieve when the deputy speaker of Parliament blocked a no-confidence motion as unconstitutional.

Khan, whose fate was not immediately clear, later advised the country’s president to dissolve Parliament, leading to fresh political instability in the nuclear-armed country of 220 million people.

Pakistan’s embattled PM was set to face the no-confidence vote on Sunday after the opposition stated it had the numbers to win.

The opposition needs a simple majority of 172 votes in Pakistan’s 342-seat Parliament to unseat Khan, a cricketer-turned-politician.

Key partners in his small but key coalition, along with 17 of his own party members, have joined the opposition to remove him.

On Sunday, giant metal containers blocked roads and entrances to the capital’s diplomatic enclave, Parliament and other sensitive government installations in the capital.