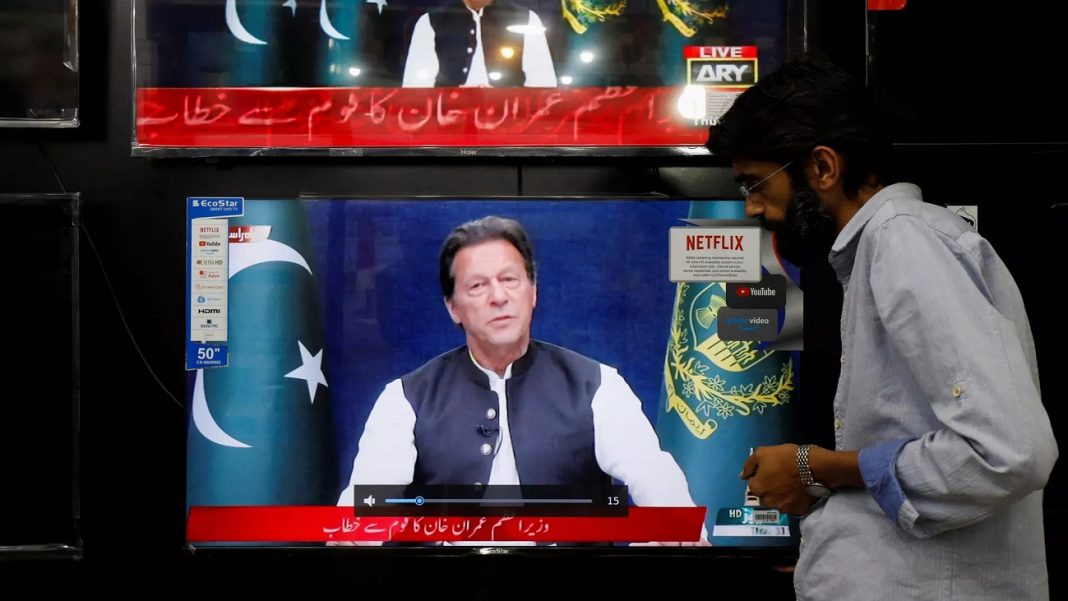 Pakistan’s Prime Minister Imran Khan has named a senior American diplomat as the person who was allegedly involved in the "foreign conspiracy" to overthrow his government through a no-confidence vote.

Speaking at a meeting in Islamabad, Khan claimed that Assistant Secretary of State for South and Central Asian Affairs Donald Lu was involved in the “foreign conspiracy” to topple his government.

Khan claimed that Lu warned the Pakistan Ambassador to the US, Asad Majeed, that there would be implications if the Pakistan PM survived the no-confidence vote.

The PM added that the no-trust motion against him was a “conspiracy” and thanked Allah that it failed. Pakistan’s PM last week had claimed “foreign conspiracy” in the country, saying that a foreign nation is trying to oust him over the “independent” foreign policy choices made by him.

“There is absolutely no truth to that allegation,” Bedingfield told reporters.

A US State Department spokesperson also told ANI, that “there is no truth to these allegations. We are closely following developments in Pakistan. We respect and support Pakistan’s constitutional process and the rule of law.”

The relationship between US and Pakistan has been on the edge since the US withdrew from Afghanistan last summer. The increasing alignment between China and Pakistan also casts a shadow over US policy towards Pakistan.

In October last year, Wendy Sherman, the deputy secretary of state and the highest placed US official to visit Pakistan since President Joe Biden took over, told reporters her trip to Pakistan was aimed at accomplishing a ‘specific and narrow purpose’, referring to Afghanistan.