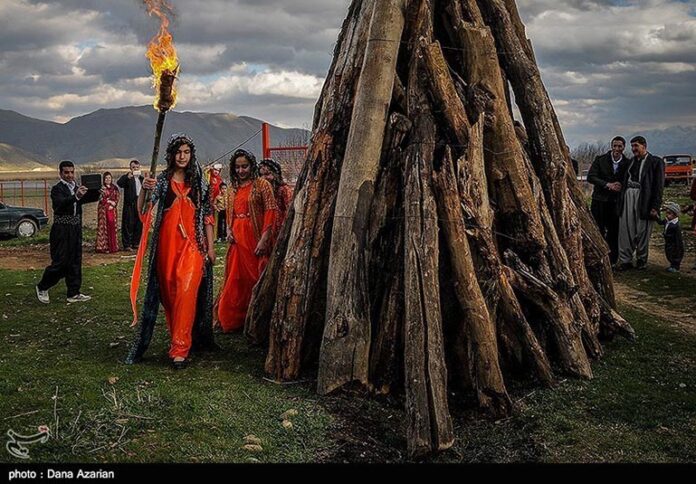 Iranian people in the western city of Marivan in Kurdestan province marked the beginning of New Iranian Year by holding Nowruz celebrations in their own traditional style.

The following images have been released by Tasnim News Agency: