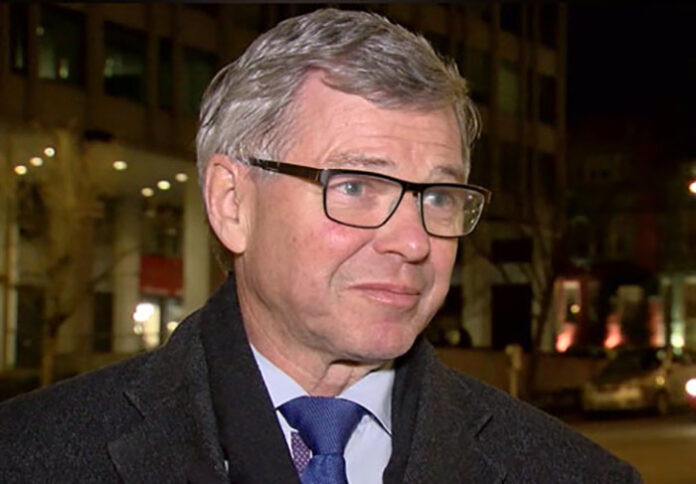 Following an executive order by the US president banning entry from Iran and six other Muslim states, a former Norwegian prime minister says has was held and questioned at a Washington airport over a visit he had paid to the Islamic Republic some three years ago, describing the move as “provocative.”

“There is no reason to be afraid of a former head of government who has been on official visits several times to this country, including in the White House,” Kjell Magne Bondevik, who served as prime minister from 1997-2000 and 2001-05, told Norwegian broadcaster TV2 on Thursday.

Bondevik, 69, said he had been detained and quizzed for an hour by US immigration authorities at Dulles International Airport on Tuesday over the Iranian visa in his diplomatic passport. This as he said his passport clearly indicated that he was the former premier of Norway.

Referring to Iran, Bondevik said, “It seems that if the name of this country or other countries appears, you stick out.”

“It’s a totally unjustified suspicion. I think it was pretty provocative,” he added.

Bondevik, who is the head of the human rights organization Oslo Center, had flown to the US to participate in an annual event in Washington D.C. called the National Prayer Breakfast. US President Donald Trump also attended the event.

The former Christian Democrat leader returned to his country on Friday.

Trump’s executive order, issued on January 27, blocked entry into the United States for 90 days for citizens from Iran, Iraq, Libya, Somalia, Sudan, Syria and Yemen. It also suspended the entry of all refugees for 120 days and barred Syrian refugees indefinitely.

On Sunday, Ali Akbar Velayati, the senior adviser to Leader of the Islamic Revolution Ayatollah Seyyed Ali Khamenei on international affairs, criticized the new US government’s controversial decision and said such moves would be detrimental to Washington.

Velayati added that Iranians are proud of the fact that they do not need to be endorsed by “unbalanced” individuals such as Trump.

In a meeting, director general for the Americas at Iran’s Foreign Ministry, Mohammad Keshavarz-Zadeh, handed over an official letter of protest to the Swiss envoy, who represents the US interests in Tehran.

In a series of posts on his official Twitter account, Iranian Foreign Minister Mohammad Javad Zarif said Trump’s decision shows the baselessness of Washington’s claims of only having issues with the government in Tehran, adding that the move is the greatest gift to terrorists and their supporters.

Iran’s Foreign Ministry also on Saturday censured the “insulting” decision by the new US government and vowed that Tehran would respond to the move in kind.