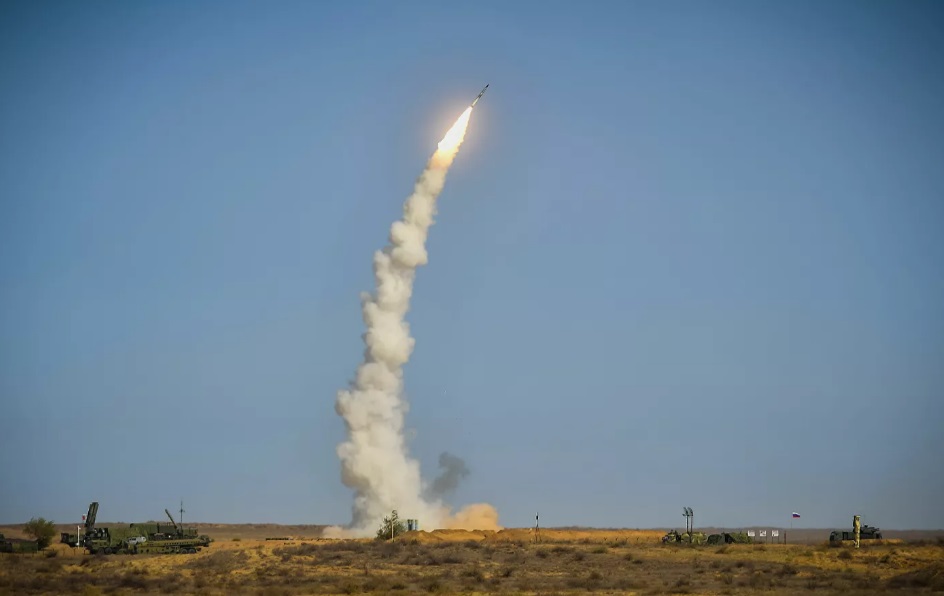 North Korea said on Thursday it has test-fired a newly developed anti-aircraft missile. This comes two days after Pyongyang announced testing of a new hypersonic missile and one day after its leader Kim Jung Un snubbed US offer for talks due to continuing US “hostile policy”.

“The Academy of Defence Science of the DPRK test-fired an anti-aircraft missile newly developed by it on September 30,” the state-run Korean Central News Agency (KCNA) reported, as cited by Yonhap News.

KCNA added that the test aimed to review the operation of the missile itself, as well as its launcher, battle command vehicle and radar system.

While the North Korean media did not elaborate on the reported test, it follows another launch announced the day prior which purportedly tested a new “hypersonic” munition, or a missile capable of traveling at five times the speed of sound, known as Mach 5, or faster. Another newly developed rail-borne missile system was also tested prior to that.

Asked about the earlier missile tests during a Thursday press conference, US Secretary of State Antony Blinken told reporters the Joe Biden administration is monitoring the situation and is “concerned” about the launches, also noting that Washington’s envoy to Pyongyang is now in discussions with his counterparts from Seoul and Tokyo about next steps.

“On North Korea, we’re evaluating and assessing the launches… to understand exactly what they did, what technology they used. But regardless, we’ve seen repeated violations now of UN Security Council resolutions that the international community needs to take very seriously,” Blinken said, referring to Security Council measures barring North Korea from such weapons tests.

“We are concerned about these repeated violations of Security Council resolutions that create, I think, greater prospects for instability and insecurity,” he stated.

Breaking with his country’s typically aggressive rhetoric, on Thursday the North Korean leader expressed interest in re-engagement with the south, hoping to eventually see “durable peace settling in the Korean Peninsula”. The overture came after the two Koreas agreed to reopen a cross-border communications channel shuttered the year prior, what Pyongyang hailed as a “big step” toward restoring trust between the two sides.

However, the north has argued time and again that Washington stands in the way of Korean rapprochement, with the country’s ambassador to the United Nations Kim Song delivering a fiery address before the General Assembly in New York this week. In the speech, Kim outlined Pyongyang’s grievances with the United States and its “hostile” policies – chief among them the stationing of tens of thousands of American troops south of the DMZ, as well as regular joint military drills with Seoul “of intimidating nature”.

“The US’ hostile policy against the DPRK finds its clearest expression in its military threats against us,” he noted, using the acronym for the formal name of his country, the Democratic People’s Republic of Korea.