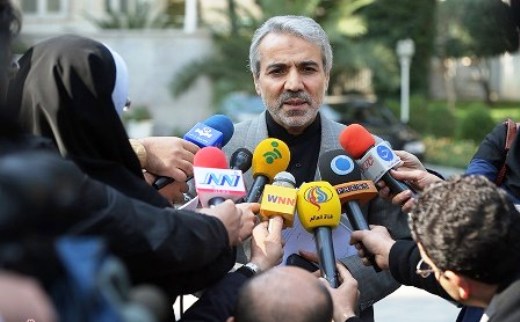 The government is going to spend more economically if its anticipated oil revenues for next year’s budget bill are not materialized.

Government Spokesman Mohammad Bagher Nobakht Monday said Iran is to face no budget deficit even if oil prices drop to half of its current value.

Nobakht who is also the vice-president and head of the Management and Planning Organization said the government is taking necessary measures to cope with a possible further decrease of oil prices and its probable impact on next year’s budget.

The MPO chief made the remarks on the sidelines of the first National Economic Conference in Tehran on Monday.

He said even if oil prices drop to half, the government is not worried about any budget deficit. He further urged the media and press to differentiate between the two phrases of “lack of sufficient financial resources” and “budget deficit.”

The senior official further stressed that the government is going to spend sources more economically if its anticipated oil revenues for the next year budget bill are not materialized.

That means, he added, the country will face no budget deficit under any circumstances.

However, he said, the government is going to suffer a shortage of revenues of up to 350,000 billion rials given the present declining trend of oil prices.