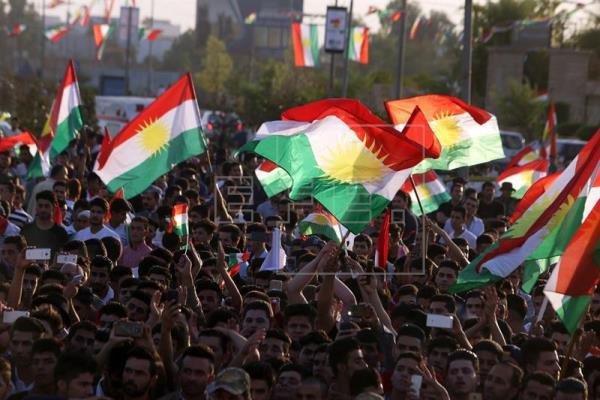 Shortly after the Iraqi Federal Court suspended the Kurdistan region’s independence referendum, Iraqi prime minister stressed he will not allow any Iraqi region to secede from the Arab country.

The Iraqi Supreme Court on Monday ordered the suspension of an independence referendum scheduled to be held in the northern Iraqi Kurdistan region.

In a statement, the court said the poll, which was convened by regional Kurdish president Masoud Barzani, was unconstitutional.

Shortly after the court ruling, Iraqi Prime Minister Haider al-Abdi also declared that he has ordered suspension of Kurdistan referendum.

“I will not allow any province or region to separate from Iraq,” he said, stressing that the referendum invalidates the Iraqi constitution, and threatens Iraq’s territorial integrity and sovereignty.” he stressed.

Earlier, Abadi had warned that the Iraqi Army would interfere in the Kurdistan independence plebiscite if it escalates.

While the entire Middle East, except for the Israeli regime, is against the independence of Iraqi Kurdistan, the Kurdistan Regional Government (KRG) has insisted on holding an independence referendum on September 25.