No Iranian National Reported among Victims of Istanbul Attack: Official 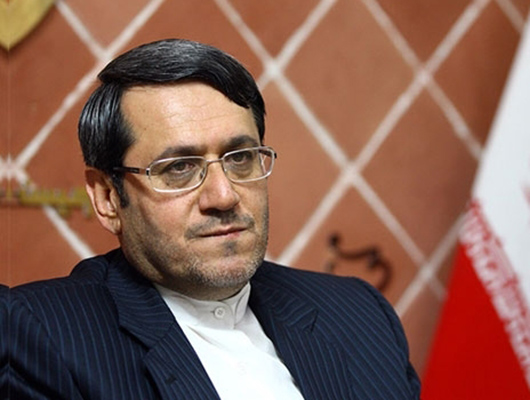 Iran’s Deputy Foreign Minister for Consular, Parliamentary and Expatriates’ Affairs Hassan Qashqavi said no Iranian nationals are reported to have been among victims of a Sunday terrorist attack in Istanbul, Turkey.

“We have so far received no reports from Turkish officials that Iranian citizens were among those killed or wounded in the Sunday morning terrorist incident in Istanbul,” Qashqavi said.

Earlier, the Iranian embassy in Turkey announced that the embassy and the country’s consulate in Istanbul are in contact with related Turkish officials to get details about the incident.

Thirty-nine people, including many foreigners, were killed when a gunman reportedly dressed as Santa Claus stormed an Istanbul nightclub as revellers were celebrating the New Year, the latest carnage to rock Turkey after a bloody 2016.

The assailant shot dead a policeman and a civilian at the entrance to the Reina club, one of the city’s most exclusive nightspots, and then went on a shooting rampage inside, Turkish officials said.

Interior Minister Suleyman Soylu said the attacker escaped and was now the target of a major manhunt, expressing hope the suspect “would be captured soon”.

Soylu said in televised comments that of 21 victims who have been identified so far, 16 are foreigners and five are Turks. Another 69 people are being treated in hospital.

“The attacker — in the most brutal and merciless way — targeted innocent people who had only come here to celebrate the New Year and have fun,” Istanbul governor Vasip Sahin said at the scene on the shores of the Bosphorus.

Many revellers threw themselves into the water in panic and efforts were under way to rescue them, NTV television said.

Dogan news agency said there were two gunmen dressed in Santa Claus outfits, although this has yet to be confirmed.

Television pictures showed party-goers — including men in suits and women in cocktail dresses — emerging from the nightclub in a state of shock.

Sahin said the attack began at 1:15 am Sunday (2215 GMT), just after hundreds of revellers had seen in 2017 at the club in the Ortakoy district on the European side of the city.

“What happened today is a terror attack,” he said, according to AFP.

Dogan reported that some witnesses claimed the assailants were “speaking Arabic” while NTV said special force police officers were still searching the club.

There has been no claim of responsibility.