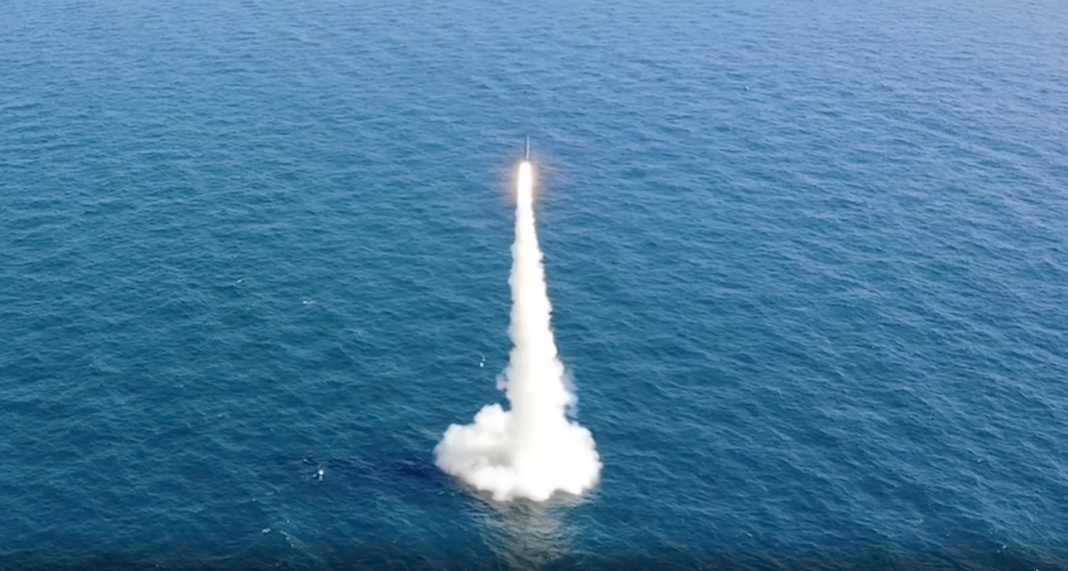 On Monday, Jang Chang Ha, chief of North Korea’s Academy of the National Defence Science, criticized South Korea’s submarine-launched ballistic missile (SLBM) test as being “clumsy”, and cast doubts on its logistics, stating that it did not even bear a resemblance to the weapon it claimed to be.

Instead, according to Jang, the armament looked like a South Korean short-range ground-to-ground “Hyunmoo-serial” missile, while the warhead was an imitation of India’s K-15 SLBM.

“Whatever the purpose, the hasty revelation of the picture which would definitely arouse doubt of all the military experts indicates that South Korea must have been pressed to hastily get around the world the news about its possession of SLBM with its own efforts,” the military chief explained.

The military research chief suggested that Seoul’s missile is just for “bragging” and “self-comforting”.

“If what South Korea opened to [the] public and trumpeted so much is [an] SLBM, it is just in the stage of [an] elementary step”, Jang went on, claiming it has insufficient “strategic and tactical significance” to threaten its northern neighbor.

Seoul’s “ambitious efforts” to beef up its submarine-launched weaponry, however, are “a clear omen for the military tension that will be certainly aggravated on the Korean peninsula”, Jang warned.

South Korea hailed the success of the trial conducted last week, with the office of President Moon Jae-in stating that the armament was going to play a key role in the country’s ability to defend itself.

The test came just hours after North Korea fired two projectiles suspected of being ballistic missiles into the sea outside of Japan’s exclusive economic zone. Pyongyang had also tested a new long-range cruise missile that traveled some 1,500km (930 miles) a few days prior, which the Pentagon said showed that the isolated nation is a threat to “its neighbors and the international community”.

“This is a very controversial and dangerous move which undermines the strategic balance in the Asia-Pacific region and can trigger a nuclear arms race,” the North Korean Foreign Ministry said.

The ministry claimed that while the United States routinely demonstrates double standards, the new administration is more “unpredictable,” and now even Washington’s allies are wary of getting “stabbed in the back”.

Pyongyang added it fully understands Beijing’s concerns that such an irresponsible military pact will undermine “regional peace and stability, the international nuclear non-proliferation system, and intensify the arms race”.
The so-called AUKUS deal, announced by the US, UK and Australian leaders last week, caused an unprecedented diplomatic row and heated tensions with NATO ally France, which as a result lost a lucrative shipbuilding contract with Canberra. The move has also triggered a strong backlash from Beijing, as most observers agree the controversial pact is aimed at countering and containing China.

Days before the AUKUS announcement, North Korea caused uproar in Seoul, Tokyo and Washington, after it test-launched two different types of weapons – a railway-borne missile system and a long-range cruise missile. Several days later, Seoul conducted a submarine-launched missile test of its own, while on Friday the US Navy fired two strategic Trident II SLBMs, insisting the test was “not conducted in response to any ongoing world events, nor as a demonstration of power”.

However, the latest developments, Pyongyang claimed, fully validate the isolated state’s drive to bolster its national security and means of deterrence.

“We are closely analyzing the repercussions of the US decision, and will surely take appropriate measures if it has any negative impact on our national security,” it announced.