Muslims Must Unite, Fight Terror on Their Own: FM Zarif 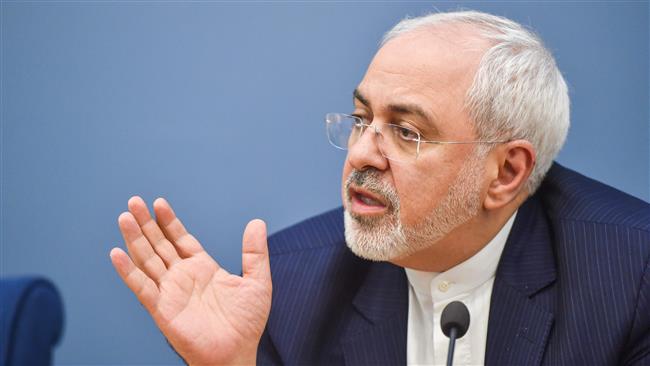 Iranian Foreign Minister Mohammad Javad Zarif says Muslims should unite and show to the West that they can fight terrorism and extremism on their own.

“In the Islamic world, we need to show how we can fight, by ourselves, the extremism and terrorism that has affected the Muslim world,” Zarif said in Paris on Tuesday night.

“Instead of accentuating our differences, we must show how our common challenges are in the name of Islam and for development of the Islamic states and Muslim community,” he added.

Zarif addressed diplomats and representatives of organizations from 33 countries having their Iftar (fast-breaking) meal at the residence of the Iranian ambassador.

The minister cited injustice as a factor which should unite Muslims “because Islam is not unique to one geography or region.”

“We belong to a religion which believes every human being is like all humanity and killing one human is like killing all humanity,” he said.

“We belong to a religion which considers the world as a united whole. It is not hard for Muslims to show to the world that their religion is a universal religion,” Zarif added.

“We follow a religion that can simply realize that if we don’t stand together, we will lose together. We need to be united so we can make a better future for our children,” he said.

Zarif said Muslims have to think globally and try to find new followers in the face of prevailing injustice.

“The most important injustice is the injustice being done to Palestine. Against attacks and violence, we have to minimize our differences,” he said.

Several Muslim countries are grappling with the threat of Takfiri militants who are wreaking havoc in Syria, Iraq and elsewhere. The problem has prompted the US and its allies to send troops and launch airstrikes in those countries.

Zarif arrived in Paris Tuesday at the head of a high-ranking delegation on the first leg of a two-nation European tour, which will also take him to the Netherlands.

He is about to meet with French President Francois Hollande as well as his counterpart Jean-Marc Ayrault, President of France’s National Assembly Claude Bartolone, and Senate President Gerard Larcher on Wednesday.

Zarif is also scheduled to address reporters and journalists and attend an exclusive interview with the Paris-based television news channel France 24.