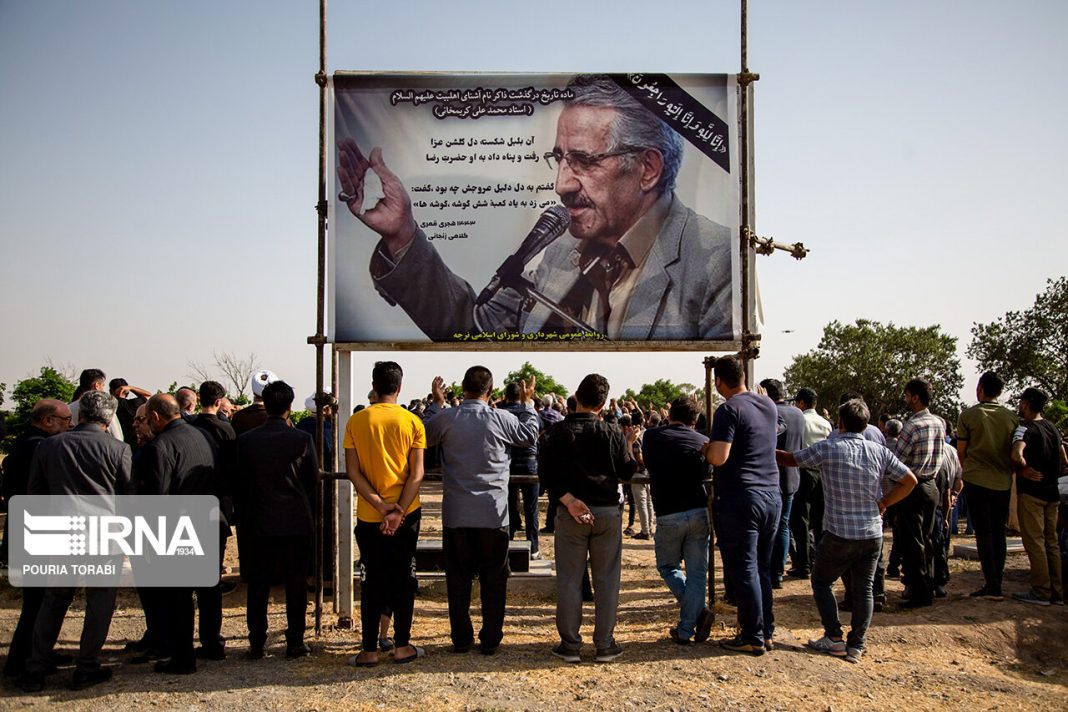 An Iranian religious eulogist, who sang a popular song about Imam Reza – the eighth Shia Imam – has passed away at the age of 72.

Mohammad Ali Karimkhani was born in the city of Narjeh in Qazvin Province in 1950.

He was shot to fame by the popular song, produced by Iranian musician Arya Aziminejad, that goes “Amadam Ey Shah Panaham Bedeh” – I am here at your shrine oh King, accept me in your sanctuary.

Karimkhani began singing eulogies in religious gatherings when still child. Later, he moved to Tehran to further his talent.

His works include an album dubbed Saghi Sarmast, also produced by Aziminejad, which is a eulogy of the martyrs of Karbala incidents 14 centuries ago.

His works are focused on the members of the infallible household of Prophet Mohammad (PBUH).