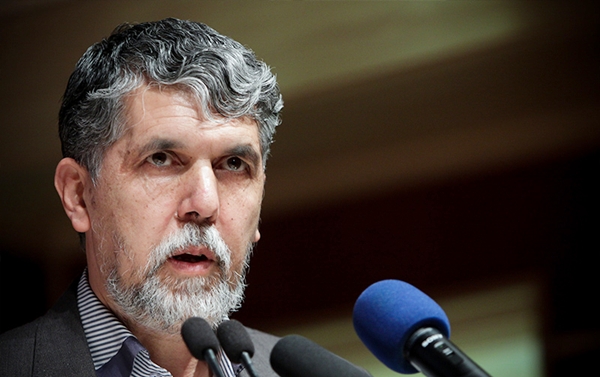 In a meeting between Iranian Deputy Culture Minister Seyyed Abbas Salehi and representatives of monotheistic religions here in the Iranian capital, both sides praised the age-old coexistence of followers of all divine religions in Iran in peace and security.

The meeting was held on Tuesday night by the Iranian Ministry of Culture and Islamic Guidance in Tehran’s Hotel Enqelab in a bid to commemorate the 37th anniversary of the Islamic Revolution’s victory.

Followers of All Religions in Iran Proud of Being Iranian

“Since we all live in Iran, we share lots of commonalities, and have experienced common joys and hardship. We have all lived in the same culture; we have spoken and speak the same language; and being Iranian is our honor. We all follow the same manifesto, and that is the monotheistic religion. The common origin, belief in resurrection, common ethical values, and tens and hundreds of other religious commonalities,” Salehi said.

He further pointed to the common concerns shared by followers of monotheistic religions, saying, “We are living in a time when we have a lot of common concerns. On the one hand, the world is gradually being depleted spiritually, and human beings are getting void of meaning. Here is where monotheistic religions should once again restore meaning to the world and human being. Ethical values can also save the modern human being.”

He further referred to the social institution of family as the essence of human kind, stressing that this institution is in danger and monotheistic religions can save it, helping it survive and continue its existence.

Salehi also pointed to the emergence of extremist movements in the world as one of the other concerns all monotheistic religions share.

“One of the important points in this era of extremist religious movements is that in whichever religion they emerge, it leads to the collapse of that religion. Monotheistic religions can counter these Takfiri and extremist movements,” he noted.

“Our Iranian origin and the common worries of the modern human being make us closer than ever. The atmosphere in Iran can be a shelter for these common concerns,” the Iranian official added.

He further highlighted Iran’s history of religious tolerance, saying, “Tolerance for other religions and Iran’s interpretation of Islam, which introduces a rational Islam based on the teachings of Ahl-ul-Bayt(Household of Holy Prophet of Islam), is a place for coexistence of religions and cooperation in the time of modern human’s crisis.”

Salehi summed up his speech by expressing his pleasure with attending the ceremony, saying that he is very happy for taking part in a ceremony hosted by representatives of monotheistic religions.

During the meeting, Armenian Orthodox primate of the diocese of Tehran, Archbishop Sebouh Sarkissian hailed the numerous religious commonalities between monotheistic religions, saying, “The more religions know about each other, the more peaceful coexistence they can have.”

“The Islamic Revolution led to the coexistence of these monotheistic religions, and for the first time, the rights of religious minorities were respected in the Constitution,” the Armenian archbishop added.

Iranian Nation Achieves Whatever It Wants

When the Islamic Revolution took place 37 years ago in this country, the world looked at it with enmity and indifference, Sarkissian said, stressing that these enemies waged the Iraqi imposed war on Iran and imposed numerous sanctions against Iran.

“During the past 37 years, Iranian people believed in this revolution, and resisted all problems through their strong will,” he added.

Head of Iran’s Zoroastrian Priests Council Ardeshir Khorshidian also said in this meeting that monotheistic religions have a lot to share with each other.

Almost all religions are on the same boat when it comes to the issue of faith, which is aimed at making better human beings, he added.

Khorshidian further pointed to the coexistence of Muslim and Zoroastrian people of Iran throughout the history, and noted, “As one of the religious minorities, we have been living for a long time besides the Iranian people, and will spare no effort in the path of Iran.”

“We have always believed one should think in a humane way, work in a national way, and we will go on our life with our own faith, which is Zoroastrianism,” he said.