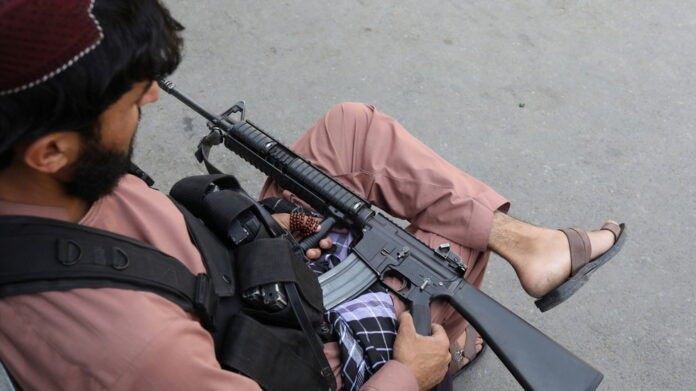 Head of MI5 Ken McCallum warned that the Taliban victory in Afghanistan will likely serve as a morale boost to domestic extremists.

Even during the coronavirus pandemic period we have all been enduring for most of the last two years, we have had to disrupt six late-stage attack plots,” McCallum, the head of the UK’s domestic counter-intelligence and security service, told the BBC Radio 4’s Today show.

McCallum said 31 late-stage attack plots had been foiled in the past four years.

“That number includes mainly Islamist attack plots but also a growing number of attack plots from right-wing terrorists,” he added.

“So, the terrorist threat to the UK, I am sorry to say, is a real and enduring thing,” the chief stressed.

Speaking on the eve of the 20th anniversary of the 9/11 attacks, McCallum warned that the Taliban takeover of Afghanistan last month had likely “emboldened” lone-wolf extremists in the UK.

While it takes time to build terrorist infrastructure, encouragement to act can come suddenly, he explained, noting, “Overnight, you can have a psychological boost, a morale boost to extremists already here, or in other countries.”

The US-led coalition invaded Afghanistan in 2001 to fight the Taliban and Al-Qaeda, the group behind the 9/11 plot, whose leader Osama Bin Laden was killed in a raid in 2011.

The nearly two-decade-long occupation of the country by NATO member states, including the UK, failed to crush the militants and bring about peace and stability.

The insurgent Taliban overran Afghanistan in a sweeping offensive that culminated in the capture of Kabul on August 15 and ran concurrent with the final stage of the withdrawal of US troops. The last American soldier left the country in late August.

The Taliban’s victory has led to the resurgence of groups such as Al-Qaeda and Daesh in Afghanistan that claimed responsibility for the suicide bombing outside Kabul’s airport that killed 13 US soldiers and nearly 200 Afghan civilians last month amid the frantic evacuation from the capital.

Commenting on the 20th anniversary of the 9/11 attacks in the US, a spokesperson for the Chinese Foreign Ministry on Friday called on countries to cooperate in counter-terrorism efforts and avoid double standards and slander against other countries’ legitimate counter-terrorism and de-radicalization measures.

At a press briefing in Beijing, Zhao Lijian, the spokesperson, also said that the US should learn a “profound lesson” from its 20-year war in Afghanistan, after which terror threats were not eliminated and the number terrorist organizations and foreign terrorists in Afghanistan actually grow.