Methods used in a small sheikhdom do not suit Iran 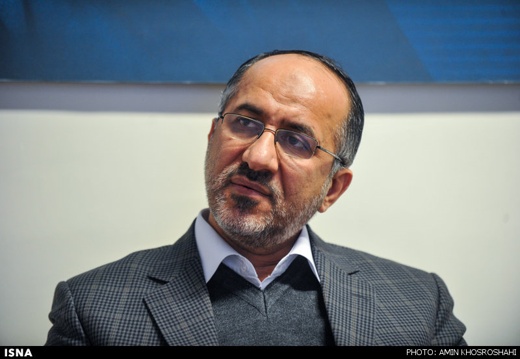 The Judiciary spokesman's comments on a ban on publication of news stories about the former president have drawn reaction.

Comments by the Judiciary spokesman that a ban on publication of news stories about former President Mohammad Khatami is still in effect continue to draw reaction. One official who reacted to Mohseni Ejei’s remarks was Nejatollah Ebrahimian, the spokesman of the Guardian Council who was interviewed by the Iranian Students News Agency on March 3. The following is the translation of his reaction and part of his comments about how the council goes about vetting potential candidates in upcoming elections:

Basically, in our society, measures taken by individuals and media are allowed unless they are prohibited by law and such prohibition requires a reason which is determined by ordinary rules. In other words, offenses and prohibited acts are defined by the law not according to individual tastes.

Under the Constitution, entities such as the Supreme National Security Council can make policies or coordination in matters of internal and external security.

We have a national security council whose responsibilities are envisaged in the Constitution. The responsibility of the Judiciary is to take on offenses as well as pre-emptive measures in line with the law.

Beyond these rules and legal channels, we cannot use any means to accomplish our ends. In fact, even the means to achieve legitimate ends like maintenance of national security must be legal.

Today, to address a political or anti-social issue, measures such as sidelining individuals through banning the publication of their photos won’t work. Public awareness about what is going on in society has increased. Besides, some of these methods are below the Islamic Republic.

Iran is the only democratic society in the region with a progressive Constitution. To tackle problems, the lofty position of the establishment and authorities, who are mostly religious scholars and scientists, must be appreciated. Methods suitable for a small sheikdom won’t suit a cultured and mighty country like Iran.

On qualification of candidates for elections

The labels attached by different groups to their rivals won’t be a criterion in our judgment; rather we pay attention to the conduct of candidates.

Groups should not scare each other by resorting to probable measures by the Guardian Council, because the council is simply committed to the provisions of law and won’t be affected by such labels.