Merkel, Both Winner and Loser of German Elections 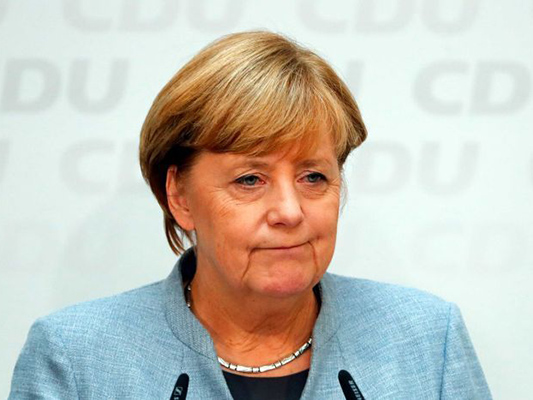 Several Iranian daily newspapers, including the conservative paper Javan, on Tuesday covered the German elections as their most important topic and analyzed Angela Merkel’s victory.

The Javan daily, in an analytic piece by Seyyed Reza Mir-Taher, described the results of the German election as a warning that shows the European right-wing parties are getting more influential and also a sort of defeat for the German Chancellor’s party.

This is the first time since World War II that a radical right-wing party i.e. the Alternative for Germany (AfD) as the third dominant party is entering the parliament.

In reaction to this, people in various German cities took to the streets on Sunday night and chanted anti-Nazism slogans. In fact, the results of the recent parliamentary elections have changed political expectations.

After the victory of the AfD in almost all state parliamentary elections, it now has entered the German lower house of parliament (Bundestag).

Even in eastern Germany, with more than 21 percent of the vote, it has become the second strongest party in the region, and is among the most popular for the male voters in East Germany.

In that sense, one can consider the German Chancellor Angela Merkel at the same time the winner and loser of the election.

Although Merkel’s party has won the highest vote, the decline in its votes, in particular compared to the 2013 elections, is considered to be a rebound in its social status and Merkel’s political position.

It can be predicted that the entry of this far-right party into the German parliament would mean opposition from the party’s representatives in Bundestag and confrontation with the new administration of Merkel.

The unprecedented victory of the AfD and its presence in the German parliament will undoubtedly have important implications. One of the consequences is the re-emergence of far- right parties in other European countries to get to the parliaments. For example, the French National Front party, whose leader Marine Le Pen was defeated in the French presidential election, has partially become isolated in recent months, but it has welcomed the victory of the AfD.

At the moment, radical right-wing parties in Europe have new hopes for victory in the elections to enter the parliaments of their countries.